Back from the Brink: Revitalizing Languages

Indigenous communities across the globe are finding new ways to preserve their original languages.
(artistlike/ Pixabay) 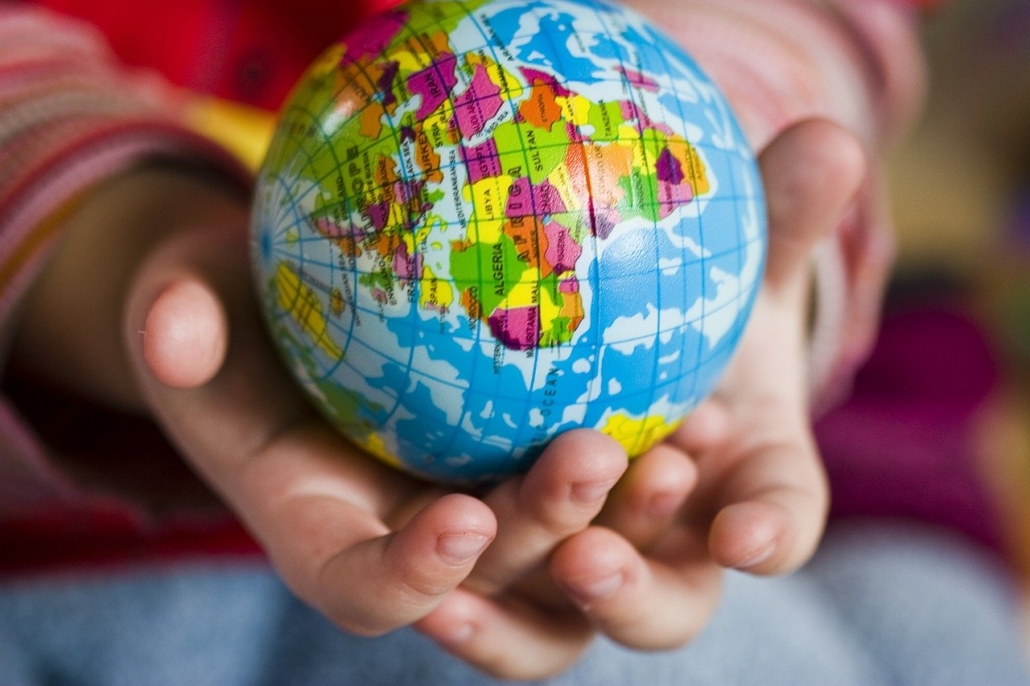 Indigenous communities around the world are re-claiming and finding new ways to preserve their original languages.
(Artistlike/Pixabay)

Imagine not having the ability to share stories with your relatives, read historical notes, or comprehend a part of your culture because you don’t understand the language. In a post-colonial world, this is an all too common experience. Most colonized cultures had their languages stigmatized and stamped out. Generational communication was effectively disrupted making many languages susceptible to extinction— taking away facts, experiences and memories.

In the wake of all that, language revitalization efforts are taking place all over the world.

For example, in New Zealand, te rao Maori has seen a massive resurgence in interest. The New Zealand government has said they hope for 1 million conversational speakers by 2040 and are striving to have te reo Maori in all primary schools by 2025.

In Hawaii, a grassroots movement in the 1970s propelled the number of speakers from 2000 to over 18,000 in 2016. Currently, 21 immersion schools exist, and the University of Hawaii offers bachelors, masters, and a PhD in Hawaiian language studies.

In 1987 the Maori language act was passed. This gave the indigenous language official status right beside English and gave people the right to use Maori in legal proceedings.
(holgerheinze0/pixabay) 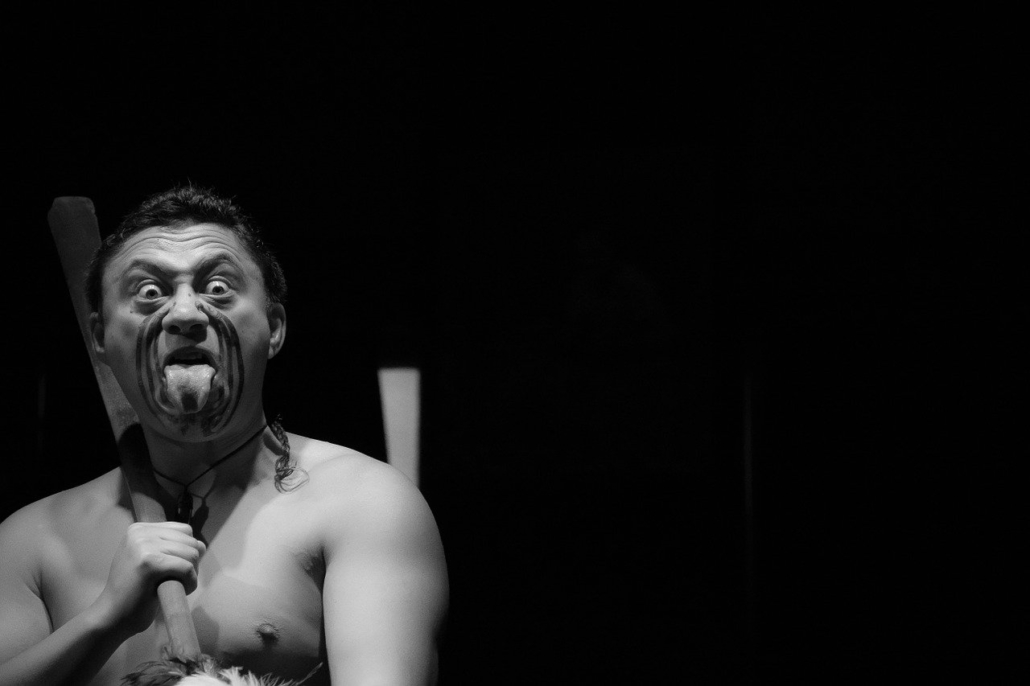 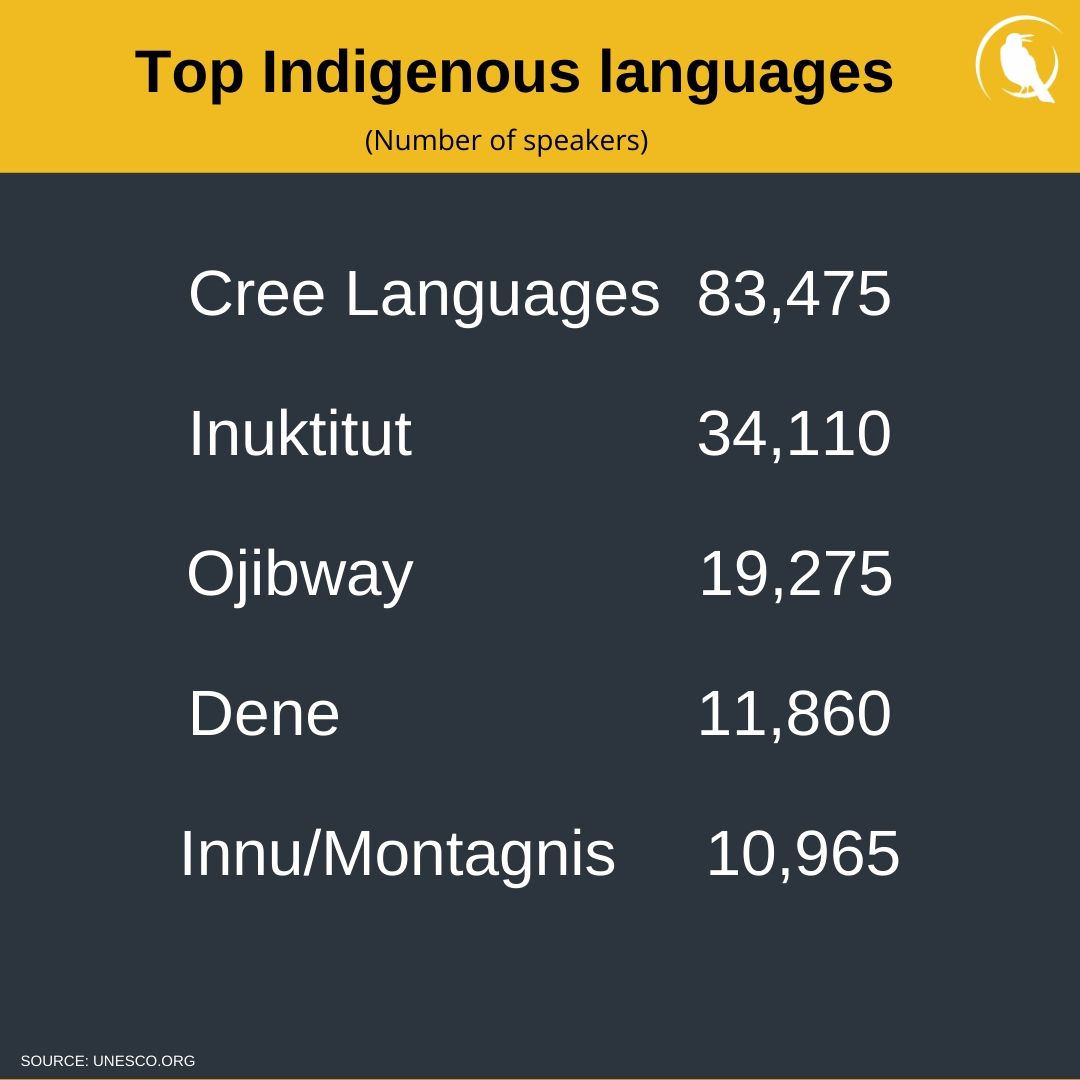 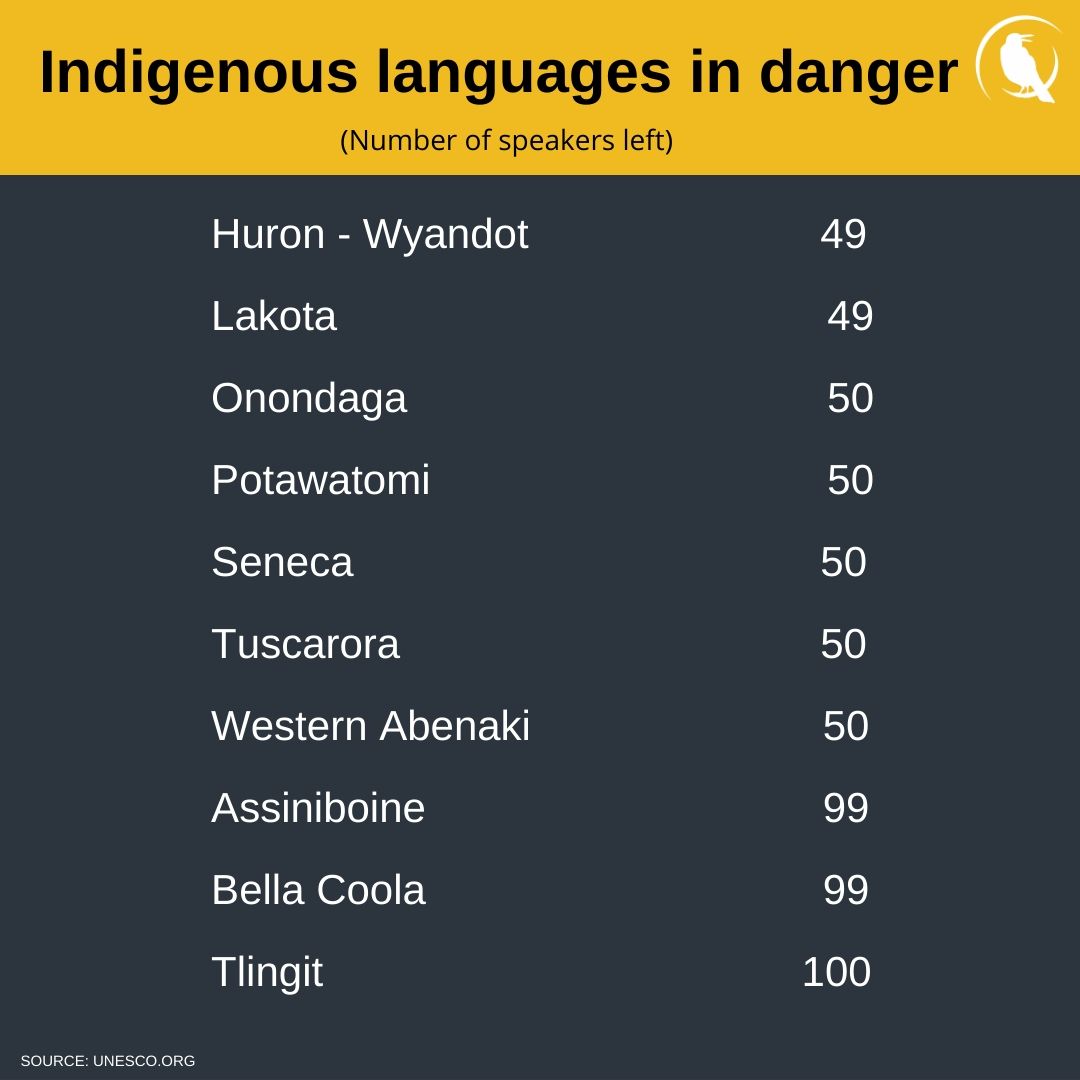 In Canada, indigenous languages are also seeing their own revitalization.

According to Stats Canada, 228,765 people can speak an indigenous language conversationally. This number has increased by 8% between 1996 and 2016. The most spoken are the Cree languages, accounting for more than 80,000 individuals.

But Canada is a huge country containing a diverse range of indigenous communities, with the United Nations Educational, Scientific and Cultural Organization (UNESCO) reporting that there are over 70 aboriginal languages north of the 49th parallel.

In British Columbia alone, there are more than 30 languages that exist with approximately 60 dialects.

In recent years, more indigenous languages have been put on B.C highway signs, and some institutions like Kwantlen Polytechnic University (KPU), are implementing the original regional languages (Halkomelem) into their signage.

The communities themselves are pushing for more resources and are turning to language revitalization as a source of pride and connection to their cultural identity.

In a few local examples, the Pacific Association of First Nations Women, offers classes in Cree and Ojibwe for anyone keen to learn, and the practice of ‘language nests’ are increasing.

Language Nests are forms of pre-school language immersion. They are supported by the First People’s Cultural Council in Canada and are based off similar Maori and Hawaiian models.

According to the Language Nest orientation course, they provide a nurturing, safe place where you “feed” the language into the ears and mouths of young children. It is not just an hour-long course but the main language for all instruction.

Immersion programs, like language nests, have been successful methods of language revitalization.
(klimkin/Pixabay) 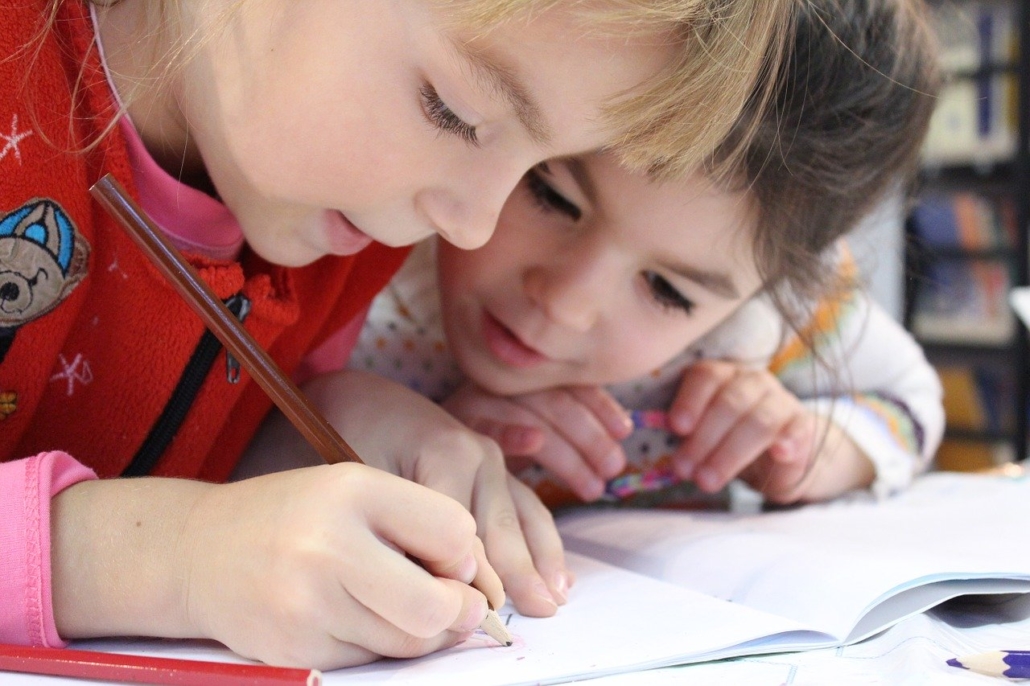 “Younger people now have to carry on the language as knowledge holders are passing on.” – Dallas Hunt 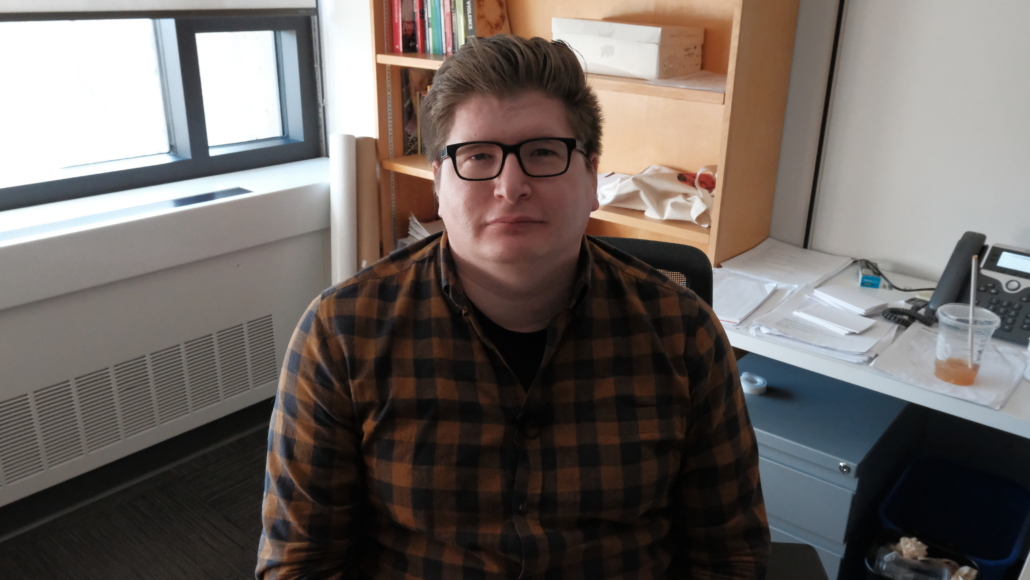 UBC instructor, writer and poet, Dallas Hunt,  is using his children’s book Awâsis and the World-Famous Bannock to make Cree more accessible to a young audience.

The story is about a child who loses their Kohkum’s (grandma) freshly-baked bannock. The book takes you on a journey as Awâsis seeks out help and advice. The book features Cree words, provides a dictionary and a recipe for bannock in the back. Hunt says the response has been positive.

“It’s been really cool. I’ve been to a variety of schools, mainly on the prairies, and they can all speak Cree better than me.”

Hunt explains when he was young he didn’t have access to a lot of indigenous writers, but as he went through high school and university they slowly started to emerge. Inspired by their writing and creativity, he began to write and integrate Cree into his own work.

With a slight smile, Dallas reports, “there’s a reason why I wrote a children’s book, my Cree comprehension level was definitely not as high as I wanted it to be. I knew I could write a book that young children could engage with and it would be maybe a stepping stone into the language.”

Hunt elaborates that by incorporating Cree into his writing it provides a good opportunity for people who aren’t acquainted with the language to encounter it. He also acknowledges that his wirting acts as a stepping stone for Cree people who don’t speak the language. This way they can see it in text and read it in books, which can aid in their leanring.

Karl Hipol is a local art student who is taking a slightly more abstract approach to language revitalization and awareness.

Originally an architecture student in the Philippines, Karl switched his focus to art when he arrived in Canada. 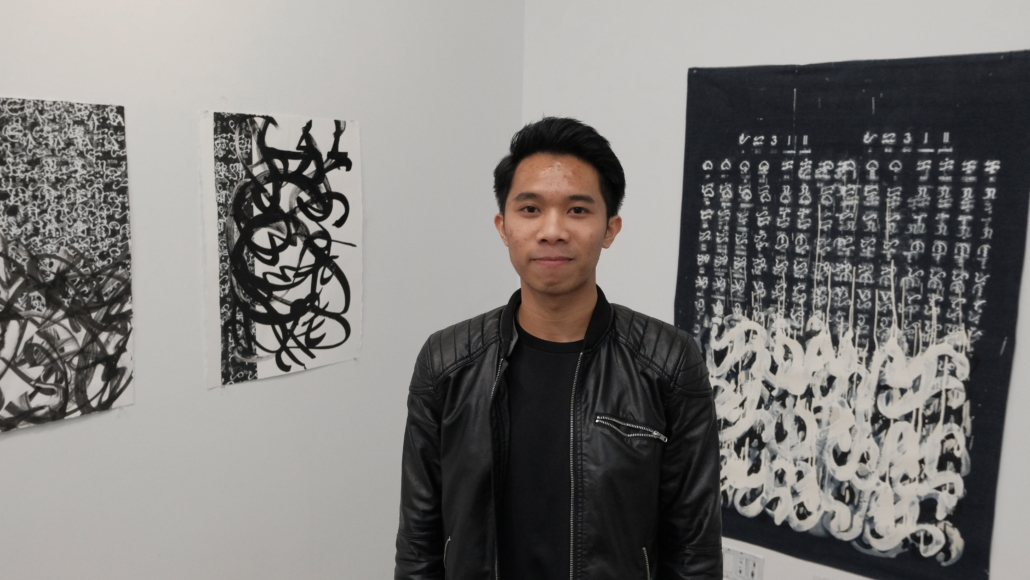 The script is called Baybayin and it was nearly abolished under Spanish colonialism, however, in recent years the ancient style has been making a comeback, especially with younger generations. He further explains that the department of education in the Philippines is incorporating Baybayin into school curriculums, and a quick google search provides multiple examples of Filipino millennials embracing the text for tattoo inspiration.

Baybayin is a unique script and foreign to most people in North America; Hipol is aware that though his art showcases the Tagalog characters it might be too abstract.

“Having abstract work might be harder to perceive…but it [still] gives people an outlet to hear them and see them.”

Hipol explains that this pre-colonial script showcases Filipino identity and though his art might not bring immediate recognition it still provides tiny steps towards a greater conversation.

Revitalization takes on many forms. It can be an immersion school, signs being put up in a land’s indigenous language, or even abstract imagery found in paintings.

Technology has also helped. A search in the app store on your phone will show you that many language learning programs exist. One of the most popular brands, Duolingo, even offers courses in Hawaiian and Navajo.

Though this is all helpful, Dallas Hunt recognizes that it’s hard to fully learn a language on ones own. He states the importance of having enough speakers to properly converse with so languages can successfully live on.

With that thought in mind, some governments and organizations are implementing policies to help indigenous communities keep their languages alive.

For more resources on Canadian initiatives check-out the links below:

Europe is canceled because of COVID-19