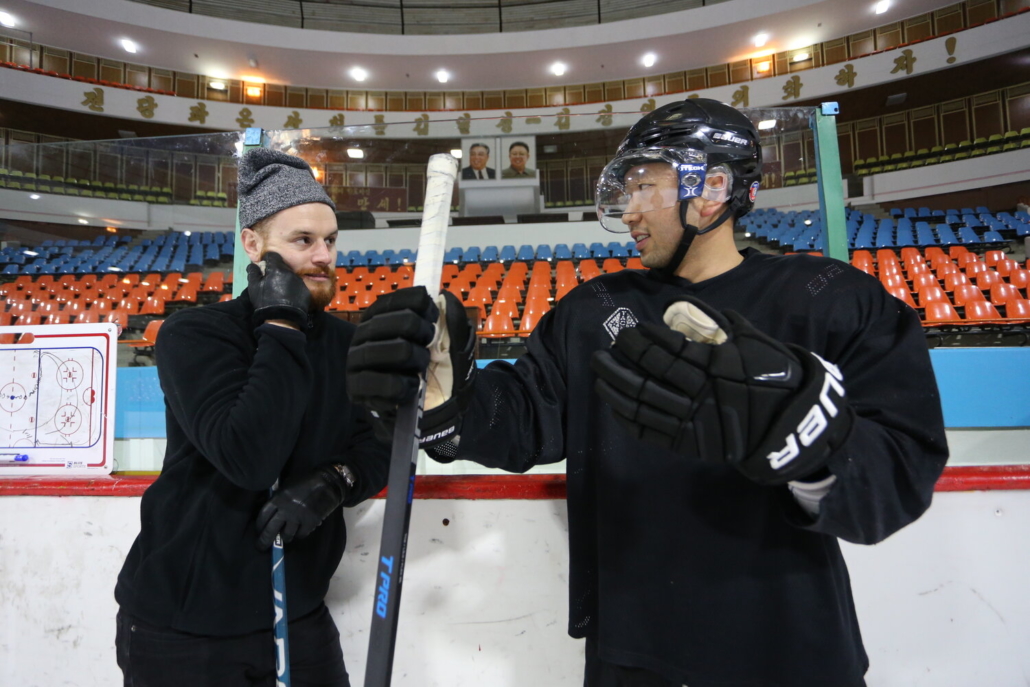 Hockey players in Canada could drop the puck on North Korean ice.

A Vancouver tourism firm is inviting Canadians to join a nine-day hockey tour in North Korea. Despite warnings from Canadian Travel Advisory to avoid all travel, the Inertia Network will assemble 30 hockey players and 20 spectators to Pyongyang next year to compete alongside North Korean athletes.

They get to partake in the Pyongyang Cup, where the organizers will form teams that mixes players from both Canada and North Korea.

Co-founder Matt Reichel describes this as a social experiment that allows players of different backgrounds to work together for a common goal.

“It’s not just about foreigners understanding North Korea or getting a vision of North Korea that’s being sanitized. It’s more about how you help North Koreans also shift their perspective on foreigners.” Matt Reichel, Inertia Network Co-Founder

UBC Professor of Global Affairs, Paul Evans, told BCIT News that he finds this outset peculiar. He said that while sport is usually seen as an apolitical venture, North Korea is akin to governing any international interaction.

“I think people make their own decisions or whether they want to go to North Korea, but they can’t assume that the North Korean interests in this are purely sporting.

Normally, these sport activities take place after you’ve got some kind of diplomatic opening. Right now, we don’t have any diplomatic opening with North Korea.” – Paul Evans, UBC Professor in Public and Global Affairs

Reichel recalled that he was able to organize the Pyongyang Cup after several years of strengthening his relationships with the North Korean hockey league. He helped produce a documentary called Closing The Gap about the Men’s National Team. As part of the film, he followed the players on an excursion to New Zealand, where he also served as a translator.

Canadians have organized sporting events in Pyongyang before. This includes Michael Spavor, one of the two Canadians currently detained in China for reconnaissance accusations.

Evans likened the Inertia Network’s venture to a private entrepreneurial vision as opposed to an effort that aligns with Canada’s diplomatic objectives.

Canadian participants in the Pyongyang Cup tournament will be placed in mixed teams with North Korean players.
(Matt Reichel / The Inertia Network) 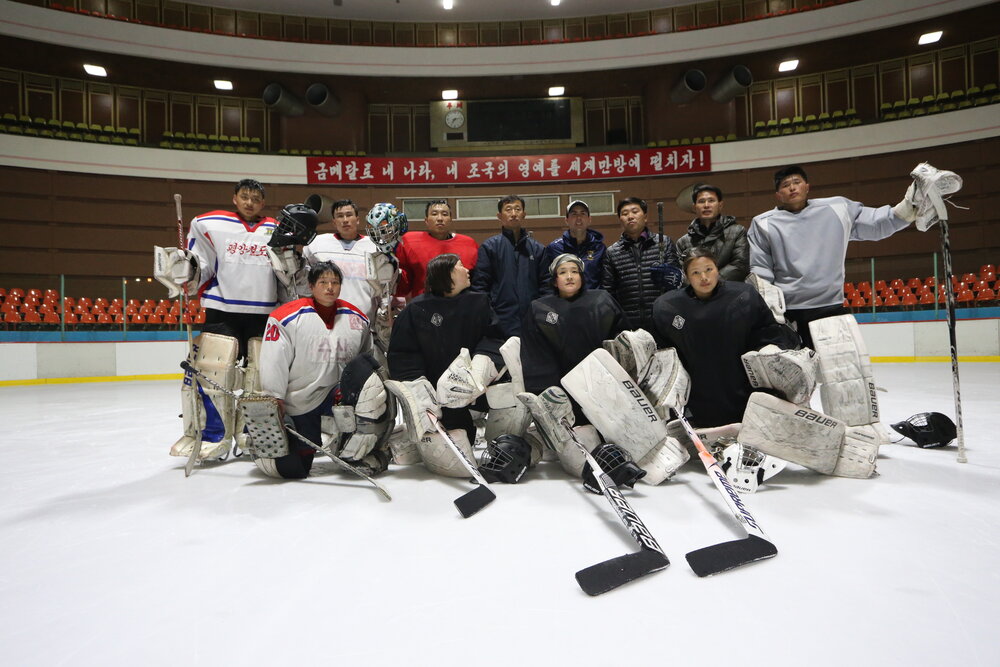 In order stay safe, the Canadian Travel Advisory warns that tourists must be knowledgeable of the regime’s rules. There is no Canadian government office stationed in Pyongyang to come for immediate assistance if they are detained.

According to the Canadian Travel Advisory, tourists should be aware of the following when travelling to North Korea:

“In North Korea, it’s just a matter of understanding very basic political behavior and not crossing that line. And every case of detention has been involved with somebody who has on purpose crossed that line.” – Matt Reichel, Inertia Network Co-Founder

Reichel says that they will go over safety briefings with the participants. The organizers will advise them to refrain from pulling propaganda posters, publicly bad-mouthing North Korean leadership, or bringing computers that contain files criticizing the regime.

North Korean travel also poses a number of ethical and moral concerns, particularly in how tourism dollars could get injected in the regime’s economy. Reichel says that tourism bares a small fraction in funding the North Korean regime.

“Tourism is not an industry that’s connected to the party,” says Reichel. “It doesn’t put money in the hands of the military on the nuclear program because those organizations control much more lucrative sectors of North Korean economy. Tourism is small fish.”

But Evans said that tourism dollars still factor in North Korean revenue, noting that tourism expeditions and agencies in Pyongyang are even more expensive than Seoul. 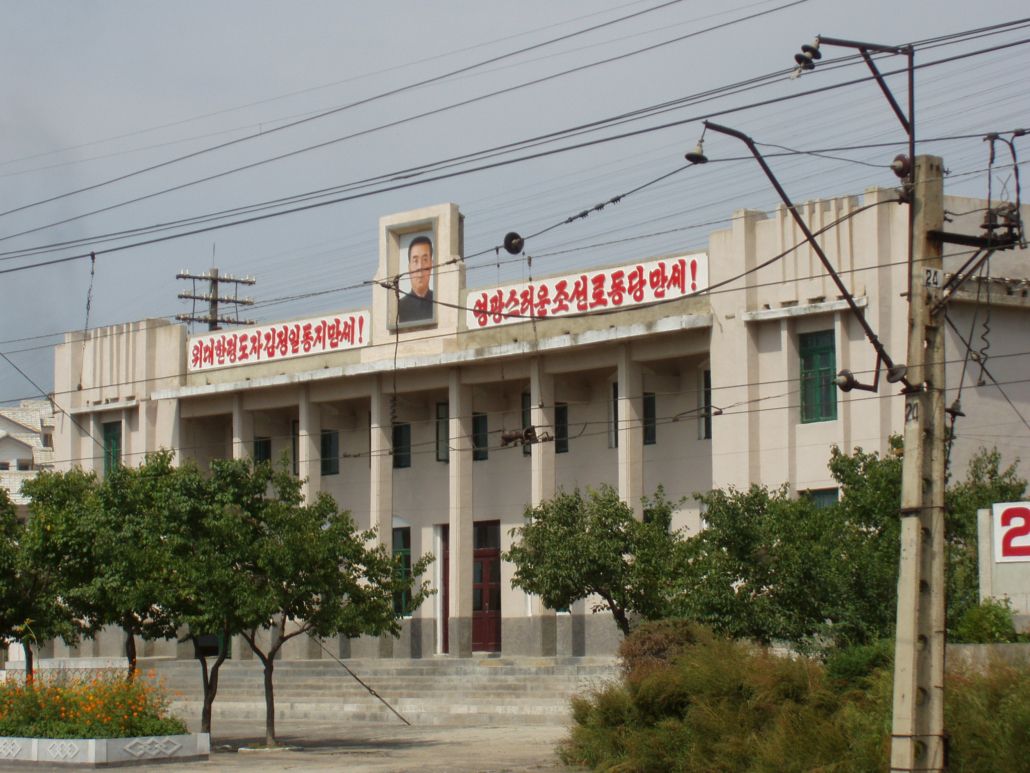 Inertia Network will hold an information session about the hockey tour on November 28th. The session will have a Q&A, where they will address the moral and ethical concerns surrounding the program.