A press conference was held at the Vancouver Police Department to announce the launch of their new campaign.
(Sara Wasouf / BCITNews) 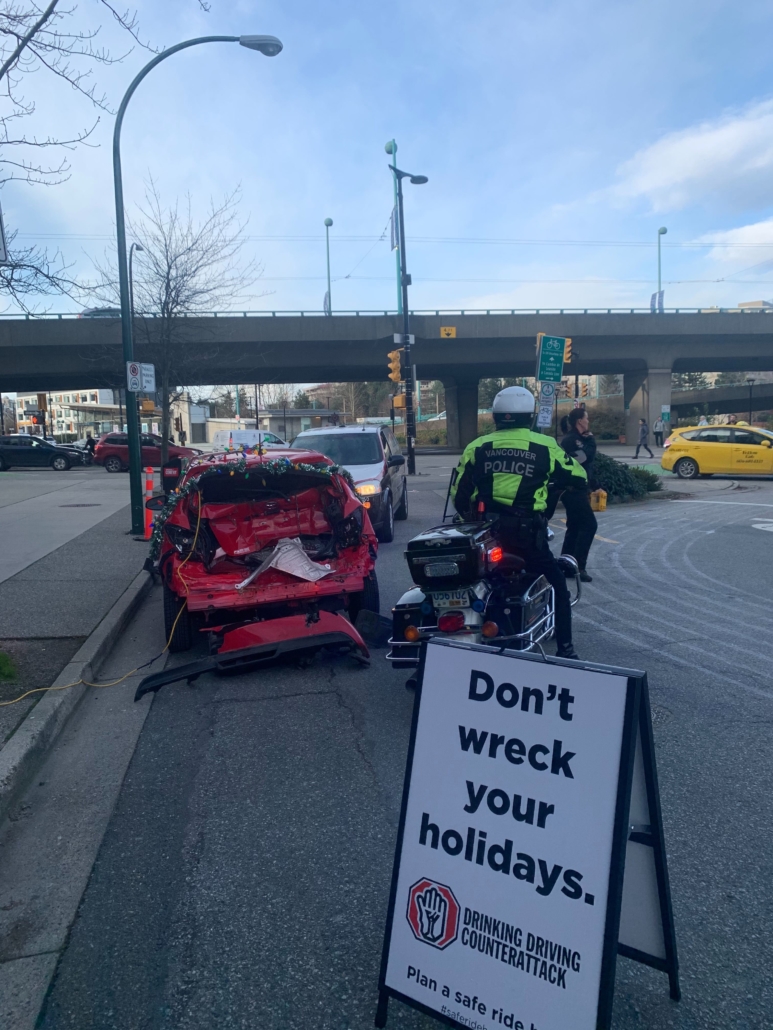 With the holiday season approaching, the Vancouver Police and ICBC are working together to prevent impaired driving. A press conference was held on Wednesday, announcing the launch of a counterattack campaign. The campaign would allow an increase in road-checks province-wide throughout December.

Superintendent Holly Turton, Officer in Charge of the BC RCMP Traffic Services, shared a story about an impaired driving incident that killed a 19 year old woman and injured another in Delta. The two women pulled to the side of the road and exited their vehicle when they were struck from behind by a drunk driver.

“Some may call these tragic events ‘accidents’, but they are not. These are collisions which are 100% prevented, had someone decided to drive sober instead of impaired.” – Holly Turton, RCMP Superintendent

Police will be checking drivers’ sobriety in strategic locations and at various times. The officer will use all methods to identify impaired drivers such as alcohol screening and drug recognition evaluations.

The VPD and ICBC are reminding the public to plan ahead when drinking. They ask for those who drink while celebrating to take cabs, transit, or have a designated driver.

Another option is using the Operation Red Nose service that is sponsored by ICBC. The volunteer organization provides safe rides for anyone who feels unfit to drive. The service is available in 20 BC communities from November 29 until December 22. The rides will operate on Friday and Saturday nights, and on New Years Eve.

“There’s so many options to get home safely these days and there is absolutely no excuse to drink and drive.” – Lindsay Matthews, CBC Vice President of public affairs and driving licensing.

Anyone can report a suspected impaired driver by calling the police.

For The Record – Youth Engagement in civic politics
Scroll to top