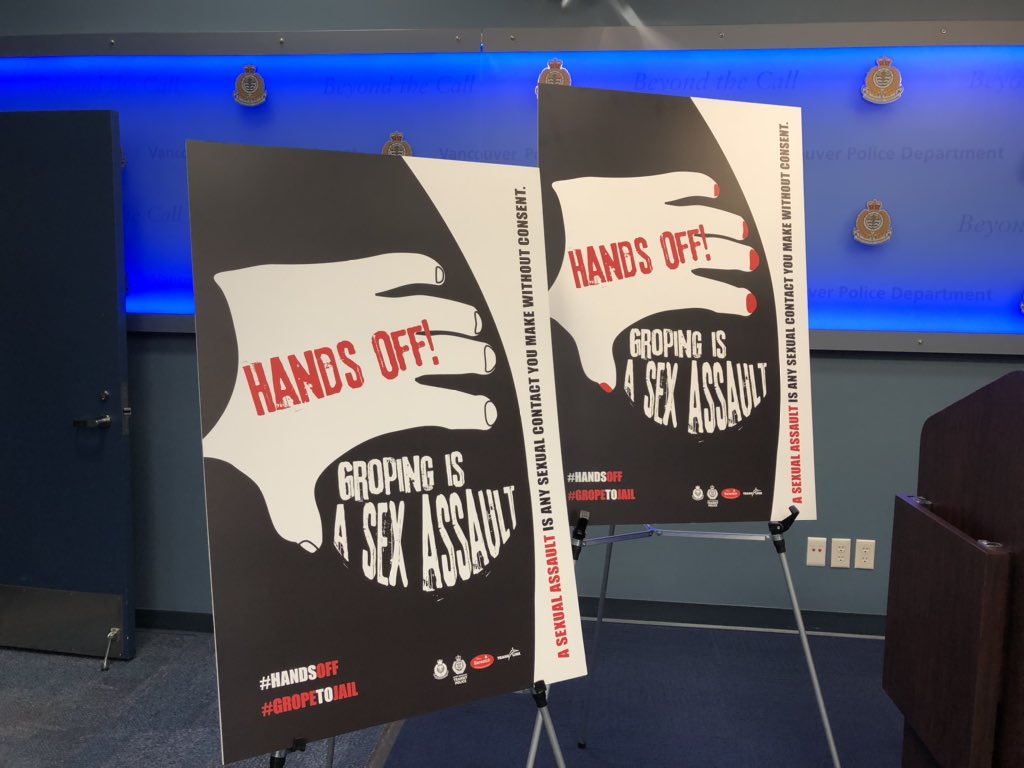 VPD announced this morning they have partnered with the Metro Vancouver Transit Police and BarWatch on the anti-groping campaign, called Hands Off!

“Whether you’re a student on a bus, or you’re a server in a bar or you’re a customer in a restaurant, no person should have to tolerate this kind of behaviour. We will use every resource we have to investigate and to forward criminal charges if these incidents are reported to us.” – VPD Sergeant Steve Addison.”

From the beginning of 2018 through November of 2019, VPD say they investigated 174 reported groping cases. This is on top of 75 more cases investigated by the Metro Vancouver Transit Police.

Kendra Belsheim, a representative from BarWatch, which is an association of bars, nightclubs and restaurants across Canada, said she believes the campaign is about making both employees and customers feel safe at all times.

“Everyone who comes to a restaurant or bar deserves to feel safe, and nobody should have to worry about being grabbed by a stranger.” – Kendra Belsheim, BarWatch Representative

BarWatch will be financing the printing of the posters and advertisements, while TransLink has donated the advertising space for the campaign.

For The Record – Over 12,000 fully enrolled BC students are unemploye...
Scroll to top