The posters show one woman’s profile followed by 19 other silhouettes.
(BWSS / Official Site) 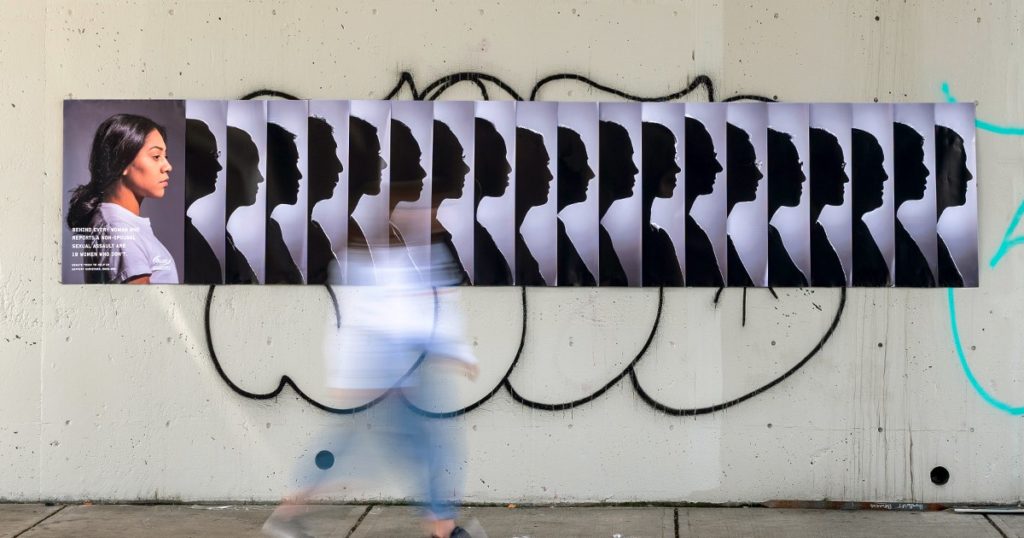 Women’s support group Battered Women’s Support Services, or BWSS, has brought an alarming statistic to the streets of Vancouver through a series of posters. The stat comes from a Statistics Canada report in 2017 stating only one in 20 women report non-spousal sexual assault to police in Canada.

“Around the world, violence against women continues as one of the most destructive and yet tolerated human rights violations.” – Angela Marie MacDougall, BWSS Executive Director

MacDougall says there are many reasons as to why most survivors don’t report sexual violence to the police, including:

She also mentioned these victims have valid reason to believe the police won’t take them seriously. She states many sexual violence cases are deemed unfounded by the RCMP – meaning they’re shut down with no further investigation.

“They’re just dismissed outright, so that’s a reason why survivors don’t report because of the concern that the police aren’t going to do anything” – Angela Marie MacDougall

The Me Too movement sparked many rallies around North America.
(Me Too Springfield / Facebook) 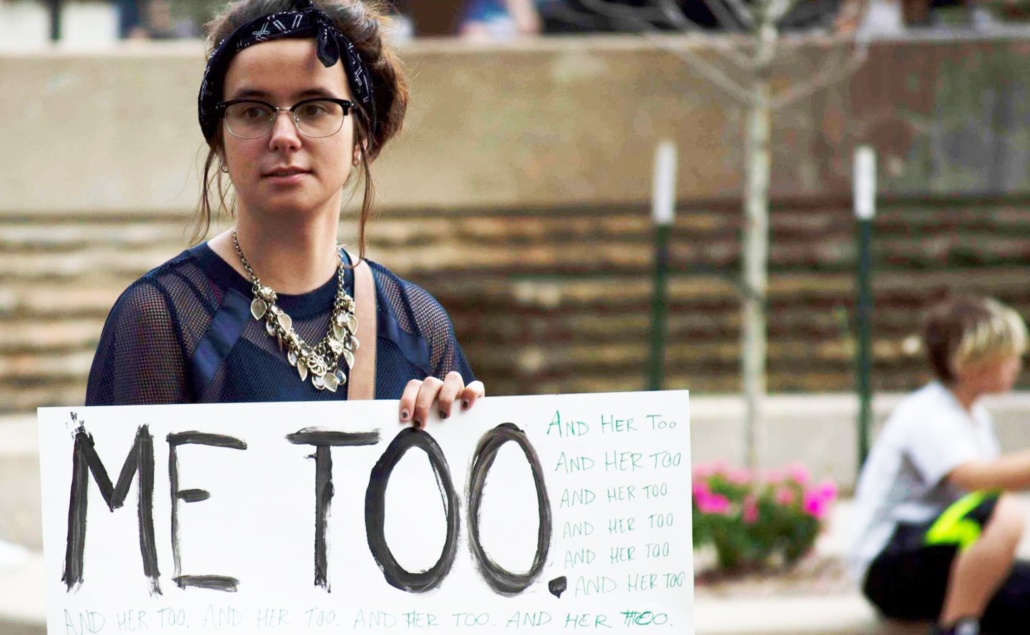 The Statistics Canada report was released around the same time the Me Too movement started to grab the general public’s attention.

According to MacDougall, Me Too did a good job at raising awareness, but she says awareness doesn’t always equal change.

“At the end of the day, we need behavior change… We want the culture to change where there’s more equitable gender balance and power control isn’t used.” – Angela Marie MacDougall

Based on the public’s feedback, MacDougall says people are shocked -but not surprised- at the numbers. The women’s support group is hoping these posters help bring more light to the issue of sexual violence, and ultimately effect change in Vancouver.

Update: Wednesday’s cabinet shuffle an attempt to “read the moo...