Vancouver city council is to vote on whether or not to expropriate two degraded hotels in East Hastings.
(Ali Pitargue / BCIT News) 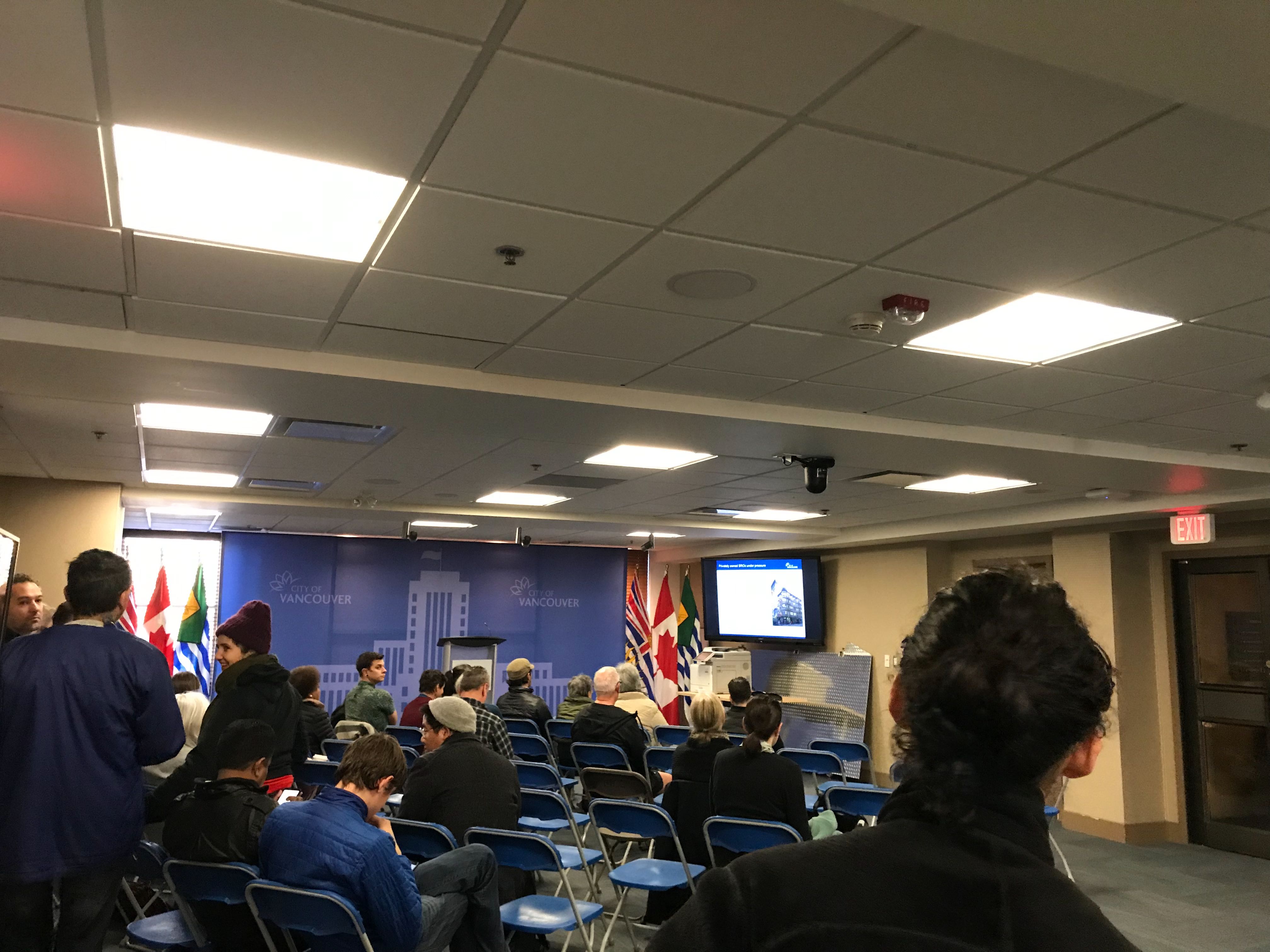 Vancouver, B.C.—Speakers are imparting their concerns before Vancouver City Hall today as the city council votes on whether or not to expropriate two degraded hotels in East Hastings. Council is seeing to over 30 speakers before they proceed to discuss and announce a decision expected later today.

Majority of the speakers are in favour of the city seizing ownership of the Balmoral and Regent hotels. Both buildings have been shut down for over a year after thousands of infractions were brought against the owners.

Fiona York, the coordinator of the Carnegie Community Action Project, is calling for funding from the city for further social housing. She presented a petition containing 131 signatures, which she says was collected within a two-hour span in the summer of 2019.

The disgraced hotels were under the ownership of the Sahota family, who pleaded guilty in April of 2019 for neglecting the buildings under slum-like conditions.

The council may approve the expropriation at the amount of $1 for each building. The legal counsel for the Balmoral, Evan Cooke, spoke first at the hearing. He cites that several prospective buyers offering to pay a price of up to 20 million on an ‘As is, Where is’ basis, where the only condition that the City of Vancouver withdraws its expropriation.

“The [owners] have only asked that they been treated fairly in the process and that they be paid market value,” says Cooke. “I can’t imagine what would better evidence of market value than a series of arms’ length offers.” -Evan Cooke, Balmoral legal counsellor

Councillor Colleen Hardwick posed a question to Cooke about how unresponsive the Sahotas were to previous offers to buy. Cooke said that the Sahotas neglected to entertain those offers because they were not aware that expropriation would be the next step.

Sam Dharamapala, a former staff member of the Sahota family, will speak before council alleging landlord mismanagement and dishonesty. He tells BCIT News that he worked for the Sahotas for ten years.

Vancouver mayor Kennedy Stewart has previously stated that he is in favour of the expropriation. The council will not announce a decision until all speakers are heard.

3 Vancouver homes found with elevated levels of lead in water