The rainy season in Vancouver is underway, but student life continues.
(Zara Vanwynsberghe) 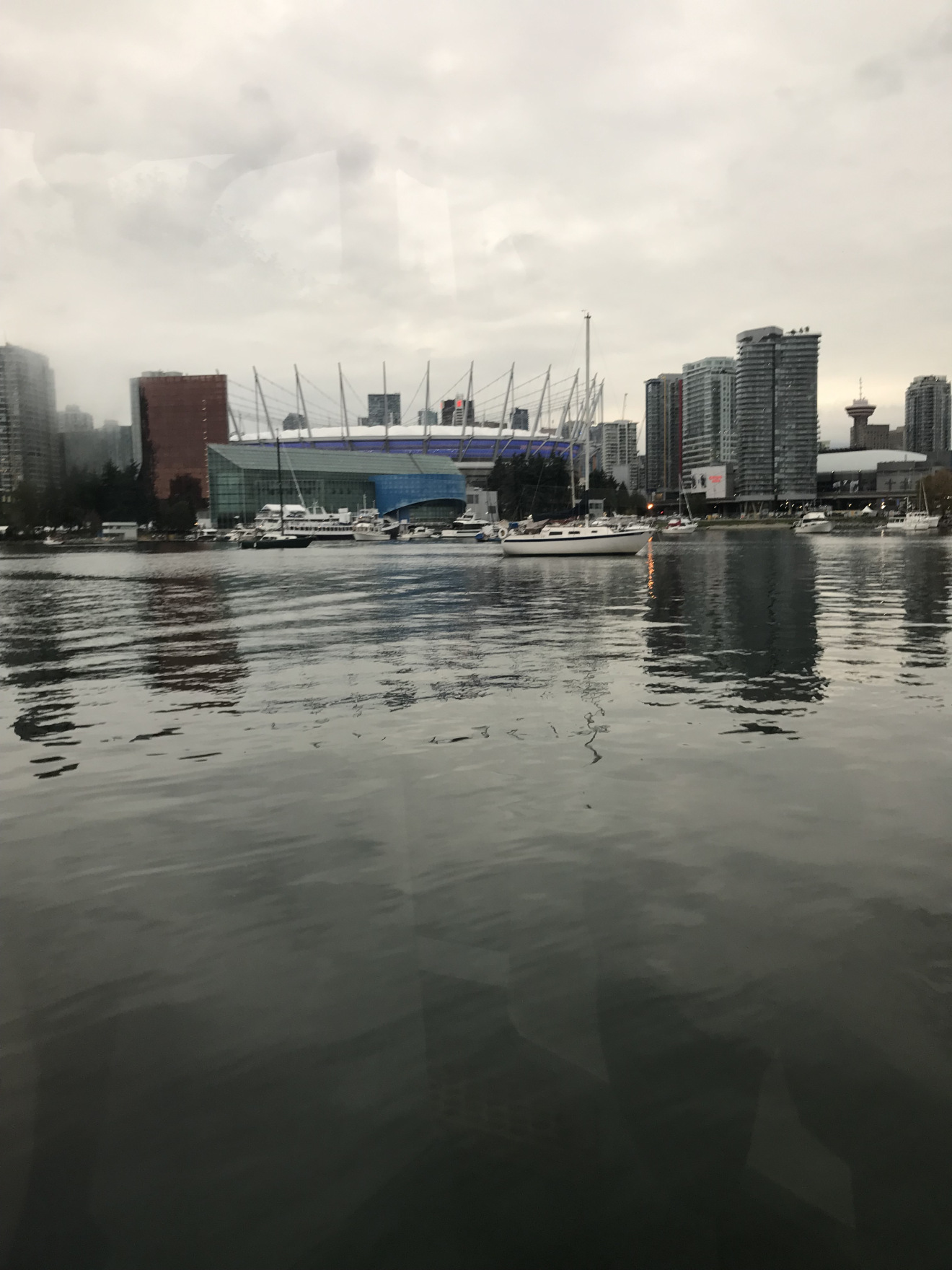 It’s a Flemish song that we used to sing when we were kids and it was pouring. It is about 2 farmers who fall flat on their faces because it is so slippery due to the rain.

This week reminds me of the song. I feel like the farmer in the song. Every time it rains, there are immense puddles on the ground. And when you don’t pay attention for a second, – SPLASH – some water splashes against your feet and legs.

A student who is originally from Eastern Canada, told me that she doesn’t like it when people from Vancouver complain about the rain. “This weather is totally fine, it’s not even that cold!” I immediately thought: Damn, I’ll better keep my mouth shut. Because to be really honest, I’m not a big fan of the rain. When it rains in Belgium, I get all grumpy and I thought it already rained so much over there! Oh my god. But maybe, after two more months, I’ll see the charms of the rain. 😉

So I’m happy that I can stay inside while it’s raining. I’m in the digi rotation right now and we are all sitting together in a large room, making digital news content. I like this rotation. I feel like I go to work in the morning and I have to write my own articles. (It’s quite challenging to write them in English.) After a long day, I return home. Doesn’t this look like the working life?

Yet there is something that drives me crazy. When you’re working the whole day behind your computer, you sit still. A w h o l e day. Almost for 8 hours. The first day of digi, I felt tingling in my legs. I needed to move! So I convinced the whole team to do a plank for one minute every hour. That was actually a lot of fun. I feel so lucky with the people around me. The group is so close because they work together in the labs all week long and it feels nice to be a part of that.

Everyone is also much more driven here. It is inspiring to see. So next Monday, a group of volunteers will report on the federal elections. I’m also going to be a part of the group. I’m really looking forward to this, it will be so exciting!

I’ll tell you everything about it in my next blogpost!

Political Science Expert Explains Where the People’s Party of Canada ...

Laurie Tritschler For the Record – CPC candidate for Burnaby-South hits back at Liberal...
Scroll to top