Canadians may be wondering whether the People’s Party of Canada has a chance of making there way up in the polls and winning a seat on election day. According to a report published by EKOS Politics on October 16th, the PPC sits at roughly 3% in national election polls, which A political science expert at UBC suspected won’t increase by the October 21st election date. Kathryn Harrison said that smaller parties’ low ranks in the polls may cause voters to fear that their ballot will go to waste.

“Only one person will win in each riding so many voters are concerned about so called ‘throwing away their vote’ by voting for a small party that is not going to be competitive. If they’re looking at the polls and seeing that the peoples party is polling under 3%, unless they have reason to believe that the candidate in their riding is more competitive, many of those voters will switch their vote presumably to the conservative party, which would be the ideologically closest to them rather than any of the other parties.” – Kathryn Harrison, Political Science Professor

Harrison’s analysis demonstrated how Canadians who support the PPC’s platform may opt to vote for the Conservative party, which currently sits at approximately 31.8%, according to the EKOS report. By casting their ballots for conservative candidates instead, people hope to have a say in who will win among the most competitive parties going head to head this election.

“There’s a large fraction of people out there that would vote for the peoples party, but are reluctant because of the electoral system.” – Kathryn Harrison, Political Science Professor

Strategic voting among PPC supporters is just one of the reasons Harrison doesn’t expect to see a rise in the party’s poll rankings in the last week of the election campaign. She also pointed to what she describes as more extreme and libertarian policies that the party has put forward. Harrison said that these types of views don’t resonate with more than 3% of Canadians.

“I don’t think that there is a significant share of the Canadian electorate that has truly libertarian political ideology.” – Kathryn Harrison, Political Science Professor

The party’s platform includes a plan to repeal Canada’s Multiculturalism Act, putting an end to financial support for the promotion of multiculturalism, and lowering the number of immigrants and refugees the country accepts every year by up to 250, 000 people.

Six days away from the October 21st election, the People’s Party of Canada stands at roughly 3% in national election polls, according to a report released by EKOS Politics on October 16th. 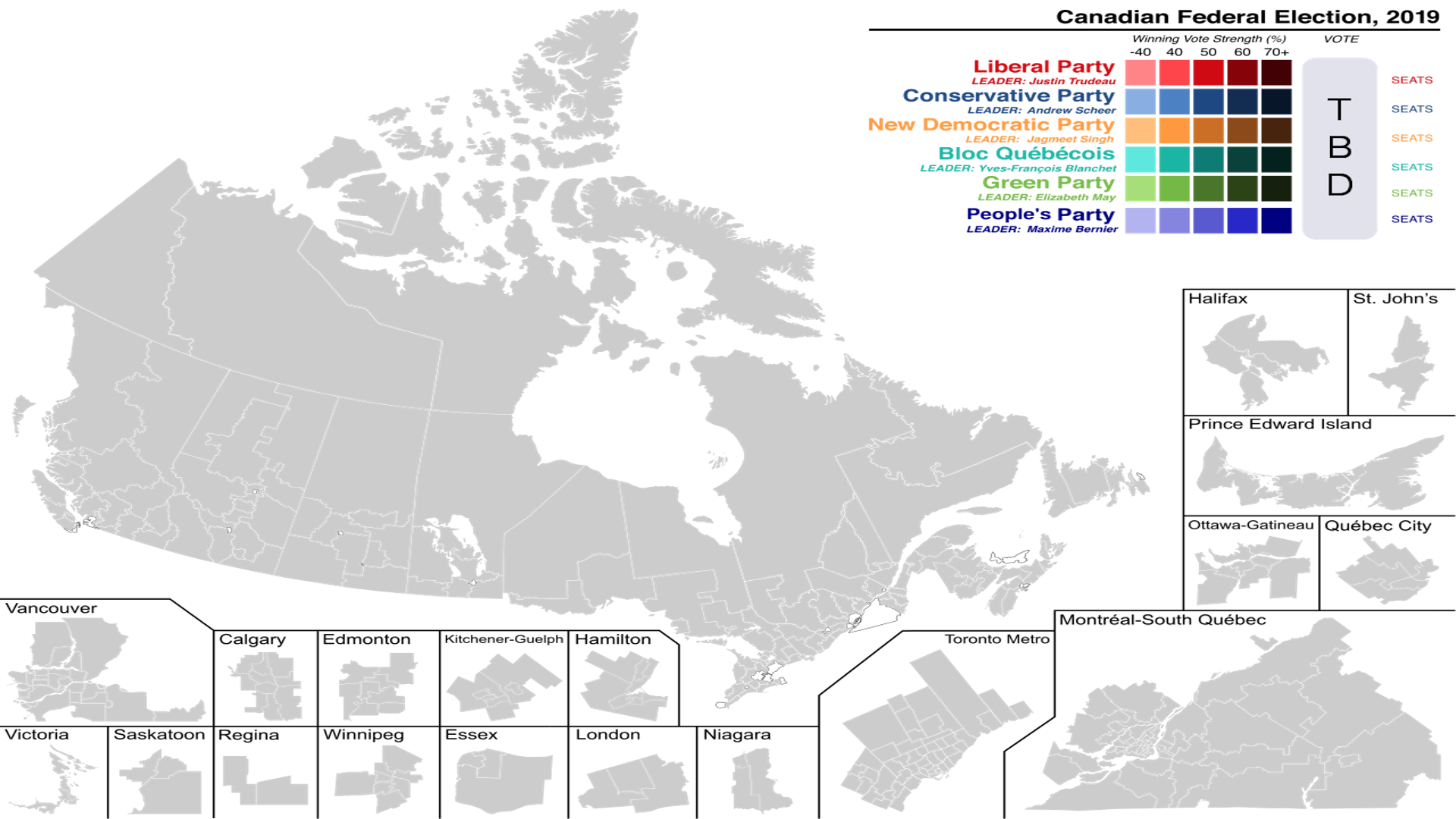 To ahieve electoral success, the People’s Party of Canada may have to gain regional footholds, according to UBC Political Science expert Kathryn Harrison.

When asked whether the party may gain momentum in the coming years, Harrison explained that political parties’ low success in election campaigns may set a precedent that’s hard to break out of.

“If you had a poor showing the first time around, even if there were some supporters out there, what would they argue is going to change next time? Why would they do better in the next election? So I think they are more likely to be a persistent protest vote for a small fraction of right-of-centre voters.” – Kathryn Harrison, Political Science Professor

According to Harrison, the party’s greatest chance of success in the coming years stems from regional footholds. The PPC’s current standing of 3% may not constitute electoral success on a national scale; however, Harrison explains that winning in a few regional ridings can help third-parties break out of these barriers. In an example, she attributed the NDP’s ability to succeed as a third-party in Canada to their competitiveness in certain parts of the country.

The People’s Party of Canada was launched by party leader, Maxime Bernier, on September 14, 2018. The party’s launch followed Bernier’s exit from the Conservative party of Canada. The PPC was officially recognized by Elections Canada on January 18, 2019.

Pure Hookah Lounge in Burnaby shut down by the City