Hikers near Garibaldi Lake got a little too close to comfort with a black bear Saturday.

B.C. Parks will maintain the area closure until Conservation Officer Services determines the area is safe. Staff are contacting school groups and individuals with camping reservations to inform them of the closure.

An aggressive black bear charged a group of approximately 20 hikers near Garibaldi Park over the weekend, causing B.C. Park officials to temporarily close a nearby campground and trails.

“The bear bluff-charged a large group of people and was acting aggressively. B.C. Parks park rangers staff closed the trail into Garibaldi Lake and called the Conservation Officer Service to provide assistance.”

– Media Relations Officer at the Ministry of Environment and Climate Change, Tyler Hooper

North Shore Black Bear Alliance Executive Director Christine Miller said that while there’s no indication of what provoked the bear, one reason may be because of food.

“Bears begin eating a lot around the middle of August and into November when they begin hyperphagia, which means they are not collecting food but rather devouring to gain body fat to survive the winter. If the people that go up to Garibaldi Park don’t know about storing food properly, the bear is more likely to be aggressive if it had been fed food from other people.”

It is recommended that people store their food in bear-safe food storage lockers, or hang their food by a rope system or tree branch in an area away from bears. Campers should choose campsites away from berries, waterways or areas that wildlife may travel through.

B.C. Parks stated that the Taylor Meadows Campground and Loop Trail are closed  because many bears are currently feeding in the area.

In order to protect the wildlife, the area will not be reopened until October 31st.

Anyone with camping reservations can go online to B.C. Parks to find out how to receive a refund.

North Shore Black Bear Alliance Director Christine Miller said bears are more likely to charge at hikers if previous people on the trails have fed it before. 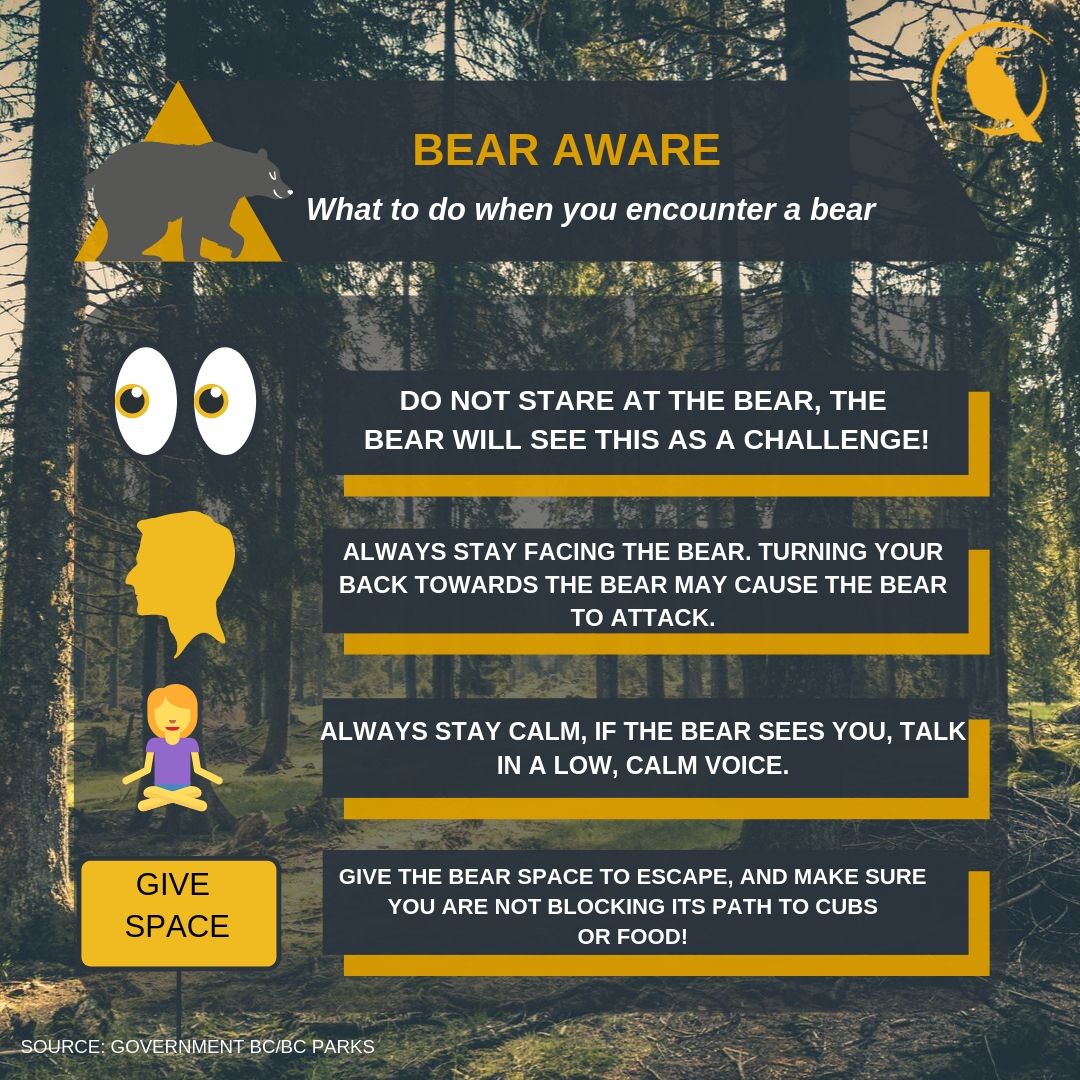 For the Record – Projecting Positivity with Dana Townsend
Scroll to top