Of the land is Squamish Nation traditional territory.

Approximately the total number of people who occupy nine communities from North Vancouver to Howe Sound.

Approximately the number of Squamish Nation peoples who live on a reserve.

Roughly 40% of Canada’s land was covered by 21 land claim agreements involving over 91 indigenous communities using data from 2008. This data suggests that there are still ongoing land disputes.

Squamish Nation released a Senakw Lands Presentation in November detailing that the proposed Senakw development in Vancouver’s Kitsilano nighbourhood, first introduced in the spring of 2019, will include 11 condo towers and 6000 units.

In a Message from Council released on Squamish Nation’s Senakw project website, it is stated that Council aims to use the development as a means to provide members with economic growth and benefits.

Today, the land parcel being developed belongs to Squamish Nation once again after being returned by the Federal Court of Canada in 2003. Senakw is the latest news in the Squamish’s fight for land rights of their territory.

Their traditional territory expanded across 6, 732 kilomteres. From what is now known as the Greater Vancouver Area, to Gibson’s Landing and the Squamish River Watershed.

Accoridng to a Senakw lands timeline released by the Nation in November, Squamish ancestors settled on the land parcel prior to 1791.

Aaron Splash Moody is a member of the Skwxwú7mesh Úxwumixw,  says his people own around 3% of their traditional territory.

“The village was always home for us. I used to have this idea that my home was just this little reserve. I came to see eventually when I started canoeing around our territory; the rest of it was home also. Over the years, my understanding of it deepened. The more I spent time on the land and the more that I travelled; I realized how little we’ve got. I think 4% or 3% of our traditional territory left to us, and more than half of our people can’t even live here.” Aaron Splash Moody, Squamish Nation

Splash says protecting nature is at the heart of Squamish Nation’s traditional values. He adds that he dreams of returning to a life surrounded by all the things his ancestors enjoyed.

“Someone was telling me that there’s only two or three buildings in Vancouver that are taller than the original forest. That whole downtown core, the forest was about that big historically. I just try to picture what that was like; the thick moss, the elk running around salmon and every stream. And it’s kind of like a goal. I hope we can hopefully get back to that.” – Aaron Splash Moody, Squamish Nation

Aaron Splash Moody is a member of the Skwxwú7mesh Úxwumixw. He lives on the Capilano reserve in North Vancouver.
(Erin Laforet / BCIT News) 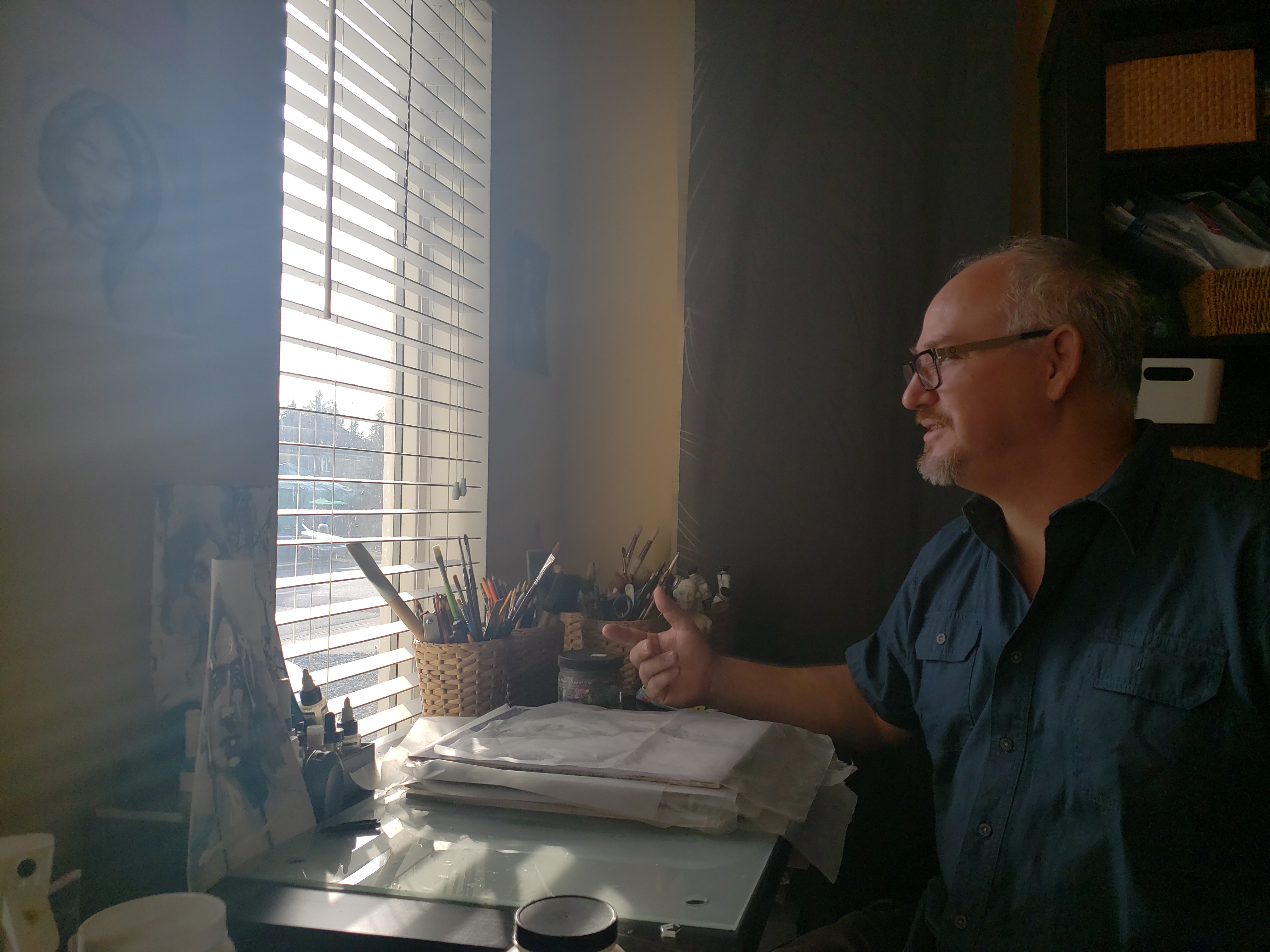 Walk through the land with Splash.

Squamish peoples were displaced from their traditional settlements in 1913 by the Government of British Columbia.

The Nation has witnessed its traditional territory shrink because of forced displacement. however, it stands firm on its refusal to give up rights and titles to its land.

In 1913 the government of BC forced squamish members to Howe Sound. 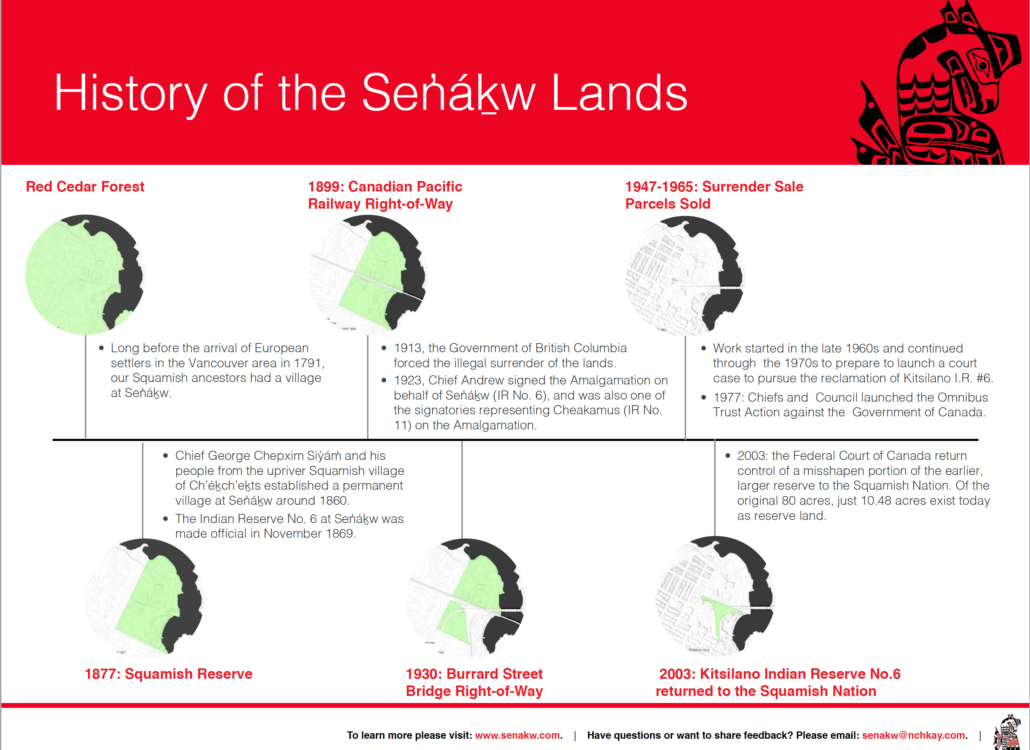 Squamish Chiefs signed a legal document in July 1923 which protected the Nation’s right of traditional governance over their people and lands. Seventy years after the amalgamation, in a step towards regaining ownership over the Nation’s rightful lands, Squamish Nation officially entered the British Columbia Treaty Commissions process.

In 1993, Squamish Nation entered the first stage of land claim settlement. The Nation’s Statement of Intent was accepted by the provincial government, setting them on the path of a six stage process.

According to the B.C Treaty Commission the six stages include:

Stage 1: Statement of Intent to Negotiate

The Treaty Commission must convene an initial meeting of the three parties within 45 days of accepting a statement of intent. For most First Nations, this will be the first occasion on which they sit down at a treaty table with representatives of Canada and BC. This meeting allows the Treaty Commission and the parties to exchange information, consider the criteria for determining the parties’ readiness to negotiate and generally identify issues of concern. The meeting usually takes place in the traditional territory of the First Nation. The three parties must demonstrate that they have a commitment to negotiate, a qualified negotiator, sufficient resources, a mandate and a process to develop that mandate and ratification procedures. The First Nation must have begun addressing any overlaps. The governments of Canada and BC must have a formal means of consulting with third parties, including local governments and interest groups. When the three parties have everything in place, the Treaty Commission will declare the table ready to begin negotiating a framework agreement.

Stage 3: Negotiation Of a Framework Agreement

The framework agreement is, in effect, the “table of contents” of a comprehensive treaty. The three parties agree on the subjects to be negotiated and an estimated time frame for stage four agreement-in-principle negotiations. Canada and BC engage in public consultation at the regional and local levels. A municipal representative sits on the provincial negotiation team at each treaty table.

Stage 4: Negotiation Of An Agreement In Principle

This is where substantive treaty negotiations begin. The three parties examine in detail the elements outlined in their framework agreement. The goal is to reach agreement on each of the topics that will form the basis of the treaty. These agreements will identify and define a range of rights and obligations, including: existing and future interests in land, sea and resources; structures and authorities of government; relationship of laws; regulatory processes; amending processes; dispute resolution; financial component; fiscal relations and so on. The agreement in principle also lays the groundwork for implementation of the treaty.

Stage 5: Negotiation to Finalize a Treaty

The treaty formalizes the new relationship among the parties and embodies the agreements reached in the agreement in principle. Technical and legal issues are resolved at this stage. A treaty is a unique constitutional instrument to be signed and formally ratified at the conclusion of

Stage 6: Implementation of the Treaty

Long-term implementation plans need to be tailored to specific agreements. The plans to implement the treaty are put into effect or phased in as agreed. With time, all aspects of the treaty will be realized and with continuing goodwill, commitment and effort by all parties, the new relationship will come to maturity.

Squamish Nation has been in the third stage of the land claims process. According to the BC Treaty Commission the nation is not currently negotiating.

Squamish Council says the Senakw development will change the future of the membership.

However, some Vancouer community members have voiced concerns over the size of the project.

Larry Benge, Co-chair of Coalition of Vancouver Neighbourhoods, said a project of this size will put pressure on the existing community and surrounding area.

“The first challenge is putting 10,000 people into a space that is, uh, the site is under 11 acres. Uh, it’s also been proposed that 80% of it will be put in land park space and public amenities, various things. So that reduces it down to about two acres. And in order to put 10,000 full or 6,000 units on two acres, pretty much requires very dense buildings and heights like they’re talking about, which is 56 stories.” – Lary Benge, Co-Chair of Coalition of Vancouver Neighbourhoods

Despite the challenges, Benge highlighted positive opportunities the project could make way for.

“Any business is probably going to benefit to a degree from added density in their areas, it’s typical that they do at the same time. I like the idea that they’re thinking about reactivating the rail link from Granville Island and Science World. Perhaps using that as a transit linkage into a wider city system through that site may hold some promise for the access problem.” – Lary Benge, Co-Chair of Coalition of Vancouver Neighbourhoods

In Squamish Nation’s attempting to regain ownership of their traditional territory, some of that land has been slowly returned through land transfers. These transfers have widespread impact on various stakeholders.

The provincial government has recently promised to return parcels of land around the Murrin Park area to Squamish Nation. These parcels of land are a part of the traditional territory. Today, Murrin Park is home to a community of rock climbers and adventure seekers. Guillaume Otis, owner and founder of the Squamish-based guiding business, Coast Mountain Guides, has led tours in the Murrin Park Area for 25 years. Today, he’s exploring Squamish’s many other mountain ranges and parks as he awaits Squamish Nation’s decision on what they will do with the land. He’s hopeful the area will still be open to recreational climbers, but draws back to the land’s rightful owners.

“It is their land, we will do whatever they say and they want us to do. At this point we’re okay with the decision, we’re just waiting to see or hear from the local native Communities to see what their plan is.” – Guillaume Otis, Founder of Coast Mountain Guides

Otis said local outdoors people were surprised by the decision, as there was no prior consultation with community members. He noted that some groups are worried about their ability to use Murrin Park.

“There’s definitely lots of concern. People that put a lot of time in hours and the trails and creating these climbing areas is, is, yeah, there’s just a lot of infrastructure in terms of climbing it’s or structure that is there. I mean, there’s lots invested, lots of, lots of hours and time invested.” – Guillaume Otis, Founder of Coast Mountain Guides

Otis believes the land transfer will foster an opportunity to improve the area in ways that align with Indigenous values.

“Maybe there will be programs to educate people on how to play and utilize the wilderness in a clean fashion. So protecting the environment is what I hope will happen. So maybe it’s a good thing.” – Guillaume Otis, Founder of Coast Mountain Guides 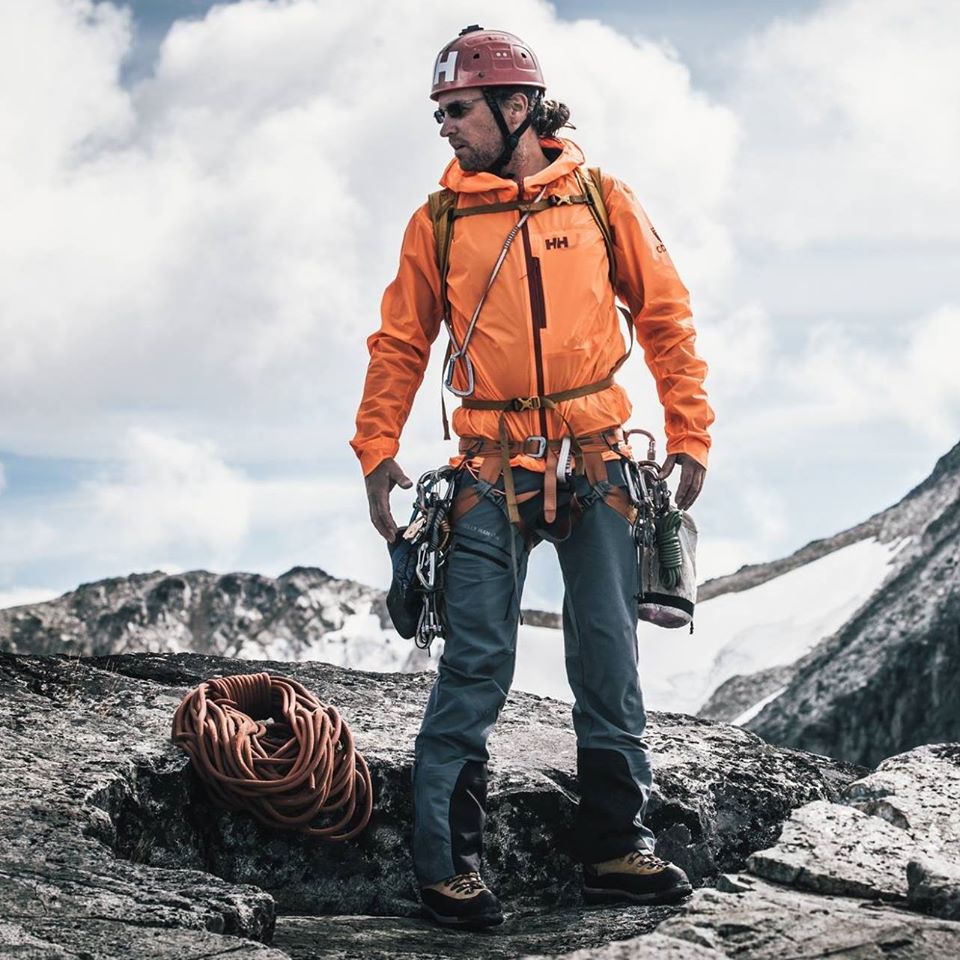 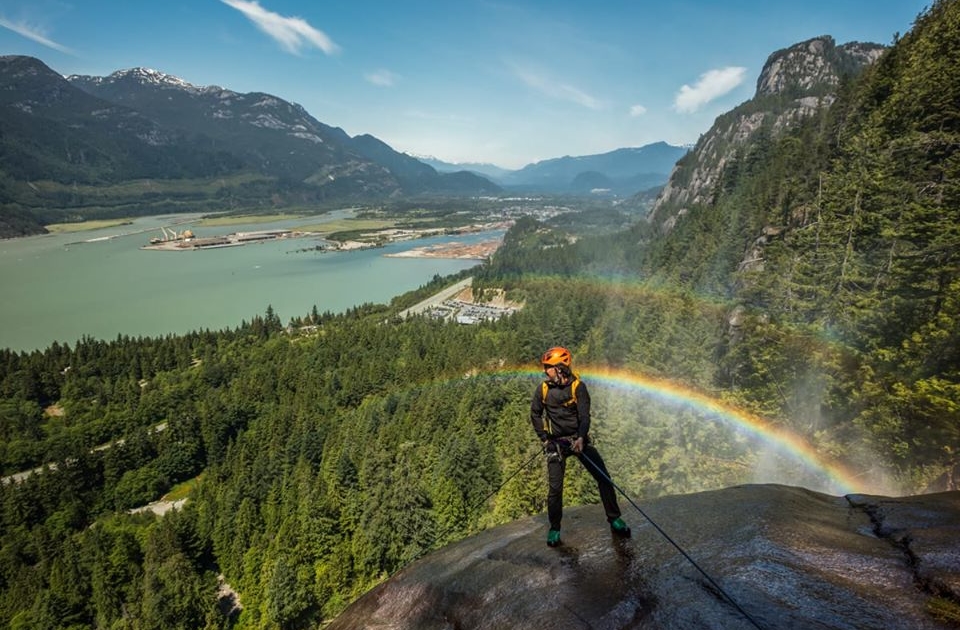 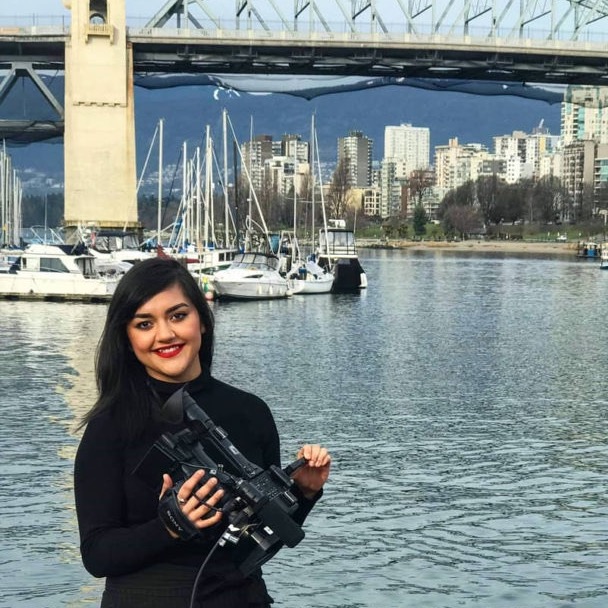 Savannah Erasmus is an Indigenous storyteller and journalist from Kikino, Alberta. Savannah has a special interest in stories that feature Indigenous voices and perspectives.She hopes to contribute to a media landscape that includes a variety of Indigenous voices. Savannah is currently studying Broadcast Journalism at BCIT and cannot wait to do work that reflects her dream. Hiy Hiy! 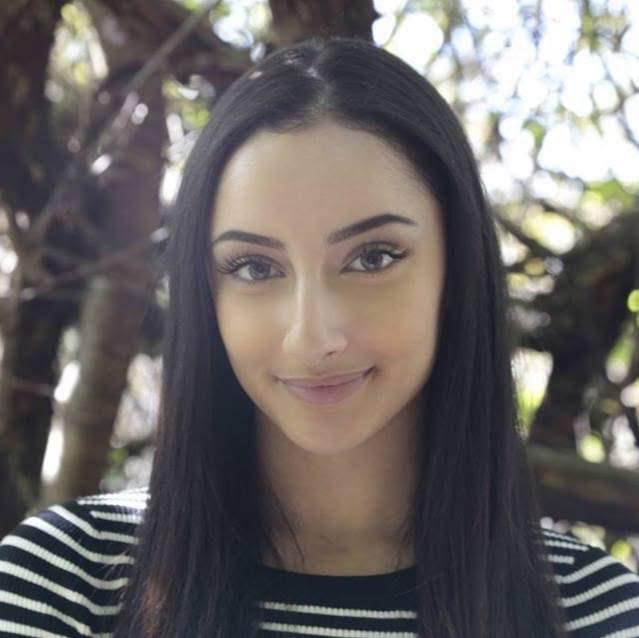 Marwa Elgabry’s journey in the Vancouver Broadcast Television Industry began in 2016 when she volunteered for two local community television channels. Her volunteer work, paired with Broadcast training at Shaw TV Vancouver, equipped her to pursue her first job as a media presenter with Novus Television. In Marwa’s work with Novus TV, she had the opportunity to host interview segments on their show City Light. Marwa is currently in her second year and looks forward to using journalism to tell meaningful stories as she continues to embark on this journey. 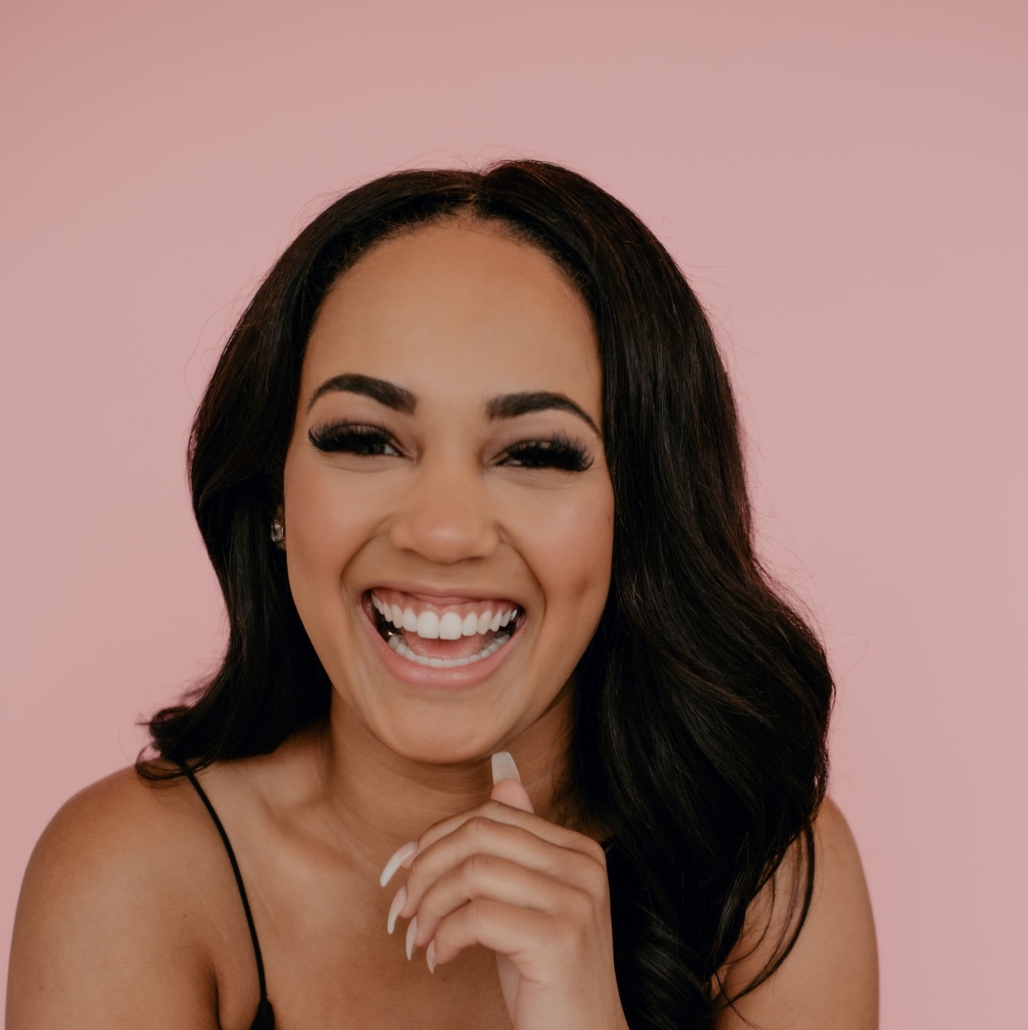 Taya Fast has always been fascinated by people. Born in Atlanta Georgia and raised in Abbotsford BC, her small town roots fuel her passion for community stories and breaking news. Currently in her second year of the Broadcast Journalism program at BCIT, she hopes to explore her passion more well beyond graduation. 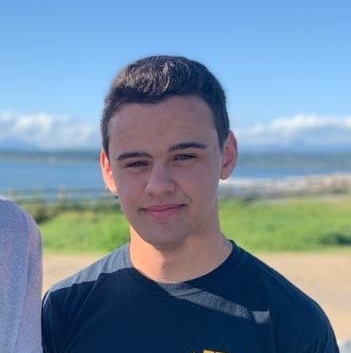 Ben Righetti is a broadcast journalism student at BCIT. Coming straight from high school, journalism opened him up to different paths but Ben has always followed sports media with a passion. 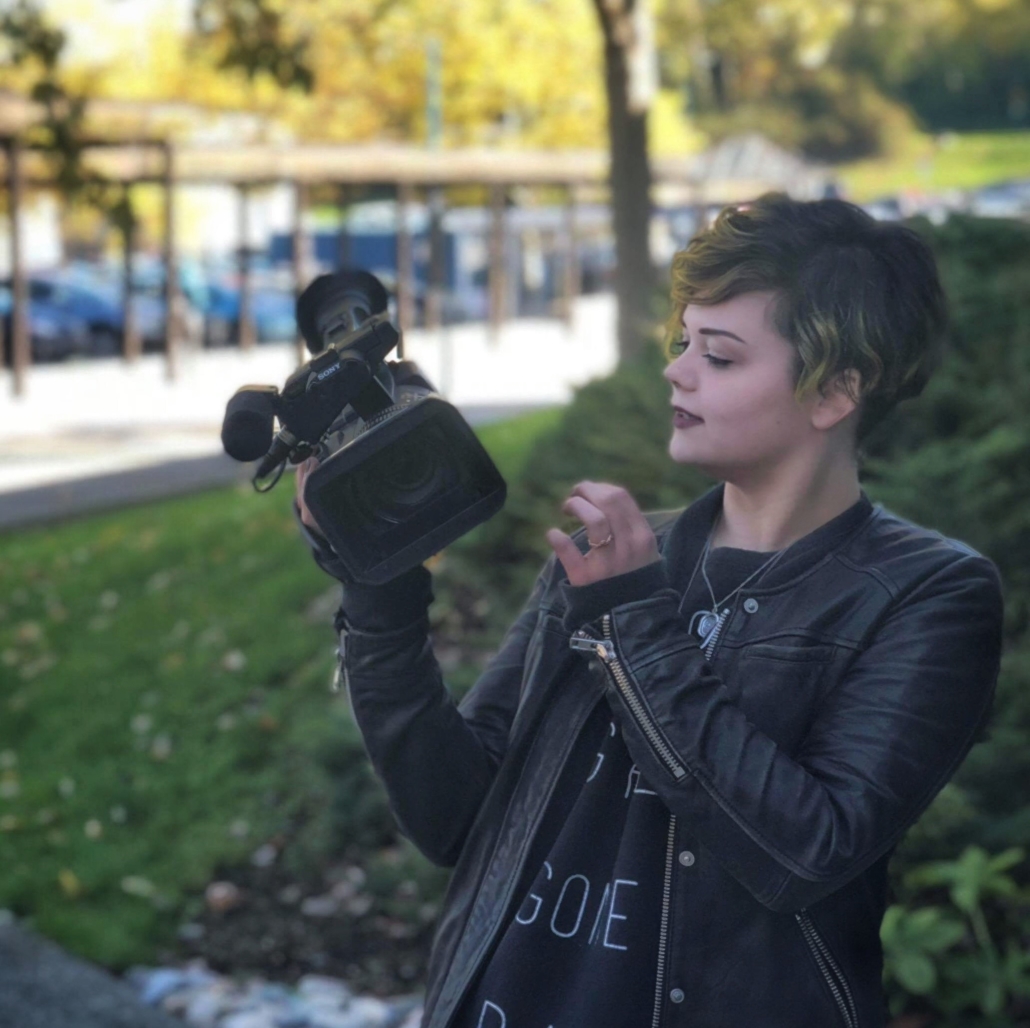 Erin Laforet is a student of the Broadcast and Online Journalism program at BCIT. She attended the University of Winnipeg and worked as a stage manager for many years. Erin loves a good story and fell in love with documentary story telling during her time at BCIT. Her newest passion is giving people a platform to tell their story.