Disability advocates fear EA shortage could send BC back towards segregation

These were collected by an advocacy group called BC EdAccess.

These were the instances of kids being excluded from school within survey period.

Of the number of school exclusions, a majority of the kids had a designated disability.

#EXCLUDED: 10 YEAR-OLD HARJAN HAS DOWN SYNDROME. HE GETS SENT HOME FROM SCHOOL OFTEN.

“One day he got sent home at 10 o’clock. The reason I was given, is because when he throws things, they’re afraid he’s going to hurt someone. They have to find some sort of way to keep him there.”

Harjan communicates mainly through an iPad, on which he is able to create speech through an app, by clicking on frequently-used text and symbols. His mother Jasvir Panesar says he occasionally acts out in the classroom when he feels he’s not able to communicate what he wants.

“He understands everything, he’s quick at picking up things. He’s got a very good memory.”

She says she has even offered to come into the school and help set up activities for Harjan, however she says she has not been taken up on that offer.

“We’re fully going to move back to a time when kids are segregated because they have medical conditions. And we know what happens with institutionalisation. It’s a huge issue for communities.”

THE FIGHT FOR INCLUSIVITY

In 2017, the B.C. Confederation of Parent Advisory Councils surveyed more than 800 parents of students with special needs over a course of three weeks. Almost half of respondents reported that their children were prevented from attending school full-time, something former Vancouver School Board Chair, Patti Bacchus says she believes goes against basic logic.

“It puts incredible pressure on their family, and it’s a human rights violation in my opinion.”

“What I’d like to really see happen, as an administrator, in order to get the attention of the ministry of education, to really get that impact and to really make positive change, I challenge admin to instead of sending home the child that has disruptive behaviour, send the rest of the class home instead.”

Educator and education researcher, Shelley Moore, compares the current fight for inclusive education to a larger fight that took place midway through the last century.

“I compare inclusive education to the desegregation movement,” says Moore.

“You would never say that we’re not going to have people of colour in our classrooms, so if we look at the Canadian charter, this has equal weighting.”

Moore also points out, however, that some educators may not be intentionally trying to alienate students with special needs, but rather are simply uneducated on how to include them.

“If you’re in a situation where people are being excluded from class and you’re having to train your own cohort of employees it says something. It says there is not enough value placed on those students. If you have to do all this work to get people in the door to do this theres a problem.”

Reports from around the province are indicating that the reason many students with special needs are being sent home from school, is due to insufficient staffing of education assistants. Every school district in British Columbia is responsible for the staffing of their education assistants. However, many districts struggle stretching their annual budget to adequately staff both classrooms and special needs services.

“There’s certainly a recruitment and retention problem with EAs, and that’s been going on for years, so there’s a lot of turnover,” says Patti Bacchus.

Bacchus says she believes part of the root of the problem is the low wages for education assistants.

“I think the reality is, we need we pay them better,” says Bacchus.

“Because the reality is, they can’t live on it, they don’t get enough hours, they only get payed while they’re working, and most have second jobs of some sort and then they get burned out.”

“Then they get another offer, and they’re gone.“

“My daughter is a good example of a child that cannot learn, cannot feel safe, if she doesn’t have familiarized support and qualified support. She’s non-verbal, profoundly affected by autism. She’s not an easy child to support and the way our system is designed right now is heavily collective agreement focused…which means seniority takes precedent and the needs of someone like my daughter gets overlooked.”

“Right now there are no formalized standards for EA training, meaning districts can actually hire people who haven’t had certificate training,”

There is no regulatory body for EAs in British Columbia, something that many in the industry say makes for stark inconsistencies between public school districts.

An EA who holds a certain set of qualifications working in one district, for example, would not necessarily be qualified for an EA job in another district in another part of the province.

Erickson says in some districts, some people may even get hired as an EA without any specific training in being an education assistant at all.

Erickson also points out, however, that there is currently a group of college and university EA programs, of which Langara is a part of, that share a certain set of basic standards. Erickson says the goal is to have some consistency in training and qualifications, as well as to ensure that courses can easily be transferred between the institutions if necessary.

Interview with BC Ed Access Chair and Founder Tracy Humphreys:

“We are working closely with school districts and inclusion advocacy groups to ensure every child has equal access to opportunities and resources, no matter what their learning needs may be,” says Fleming.

Fleming also confirmed that the government is investing over $400 million to fund districts to hire 4,000 teaching positions, including 500 special education teachers and 190 more teacher psychologists and counsellors. Fleming also says an additional 1,000 education assistants are in the process of being hired, which has increased the number of classes with an education assistant by 37% in just over two years.

“We are on the right track, but we know there is more work to do to ensure students are getting the support they need to thrive in school.”

Some experts in the field say simply hiring new EAs isn’t a fix-all, however. The other issue is that some EAs are put into positions for which they don’t have sufficient training.

Patti Bacchus says the issue of putting EAs into roles that they are not qualified for has existed for almost twenty years.

In 2002, when eventual B.C. Premier Christy Clark held the role of Education Minister, the provincial government removed language from many school district contracts, including the Vancouver School Board, that had capped class sizes and ensured appropriate special education supports were in place. As a result, many districts, including Vancouver, went thorugh multiple rounds of corresponding layoffs to both teachers and special education specialists.

14 years later, in 2016, the Supreme Court of Canada ruled the government had acted illegally, and the original contract language from 2002 was restored. Many in the industry say by then, however, the damage had already been done.

Education advocate and Surrey school board trustee, Cindy Dalglish, points out because school districts were forced to make difficult decisions and cut special education specialists, education assistants were hired in their place in order to fill positions.

“All that they’re doing is creating warm bodies,” says Dalglish.

“Not specialists that are trained to work with children with behavioural disorders, or with medical conditions, or with diabetes for all that matter, let alone someone who might be on the autism spectrum.”

According to school trustees at the time, the districts’ hands were forced into trying to fill these gaps that were left by highly trained teacher specialists who had teaching degrees and additional special education expertise, with EAs who “might have one year of college, and not always even that, to help these kids get through the day.”

“(EA’s) do important and valuable work, don’t get me wrong, but that was the growth. We kind of saw this deterioration and loss of expertise.”

THE TEAM BEHIND THE STORY 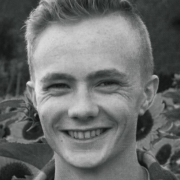 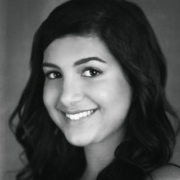 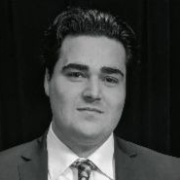 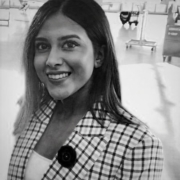