Alex Burrows on Monday hours before his induction to the Canucks Ring of Honour.
(@Canucks / Twitter) 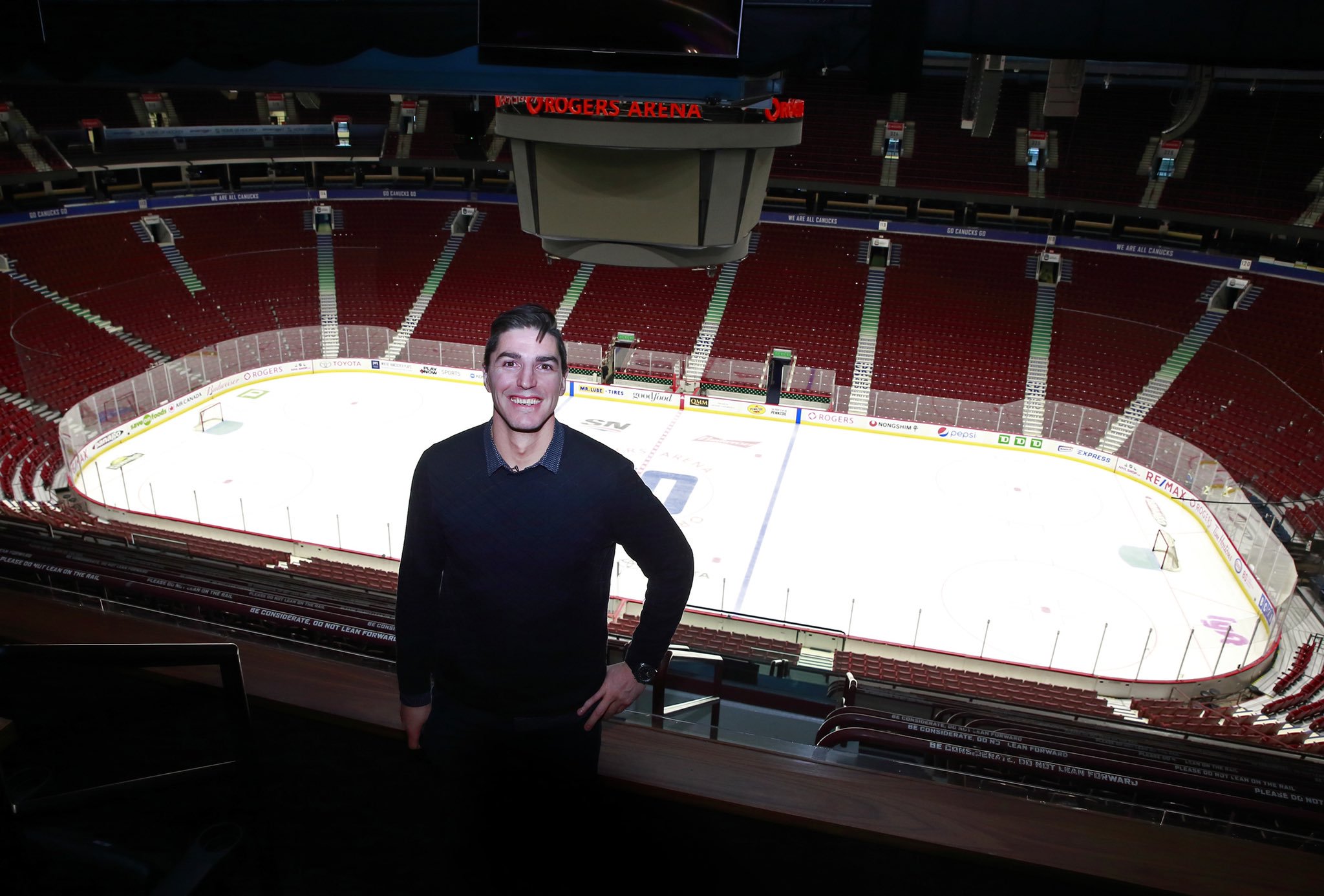 Former Canuck Alex Burrows will forever be immortalized at Rogers Arena as Vancouver is set to honour #14 by adding him to the team’s Ring of Honour.

Burrows’ journey to the NHL differed from the conventional route. He was undrafted and started his professional hockey career in South Carolina as a member of the Greenville Grrrowl in the ECHL, a third tier league.

After 130 games in the ECHL and 107 games with Manitoba in the AHL, Burrows finally made his NHL debut with Vancouver in 2005. He started his tenure in the NHL as a checker until February, 10th 2009, when he was given the opportunity to play on the Canucks top line with Daniel and Henrik Sedin.

Burrows made the most of his time with the Sedins, scoring a career high of 35 goals in 2009/2010 which lead to a top 10 finish in league-wide goal scoring.

Many industry insiders credit his rise from the ECHL to a top 10 goal scorer in the NHL to his dedication to the game.

“This is a guy that was self-made as a hockey player and did it through hard work and intelligence. Otherwise he would not be on hockey radars. What he did was incredibly impressive and has made him a fan favourite.” – Thomas Drance, The Athletic Vancouver Writer

A graphic showcasing some of Alex Burrows’ career highlights. 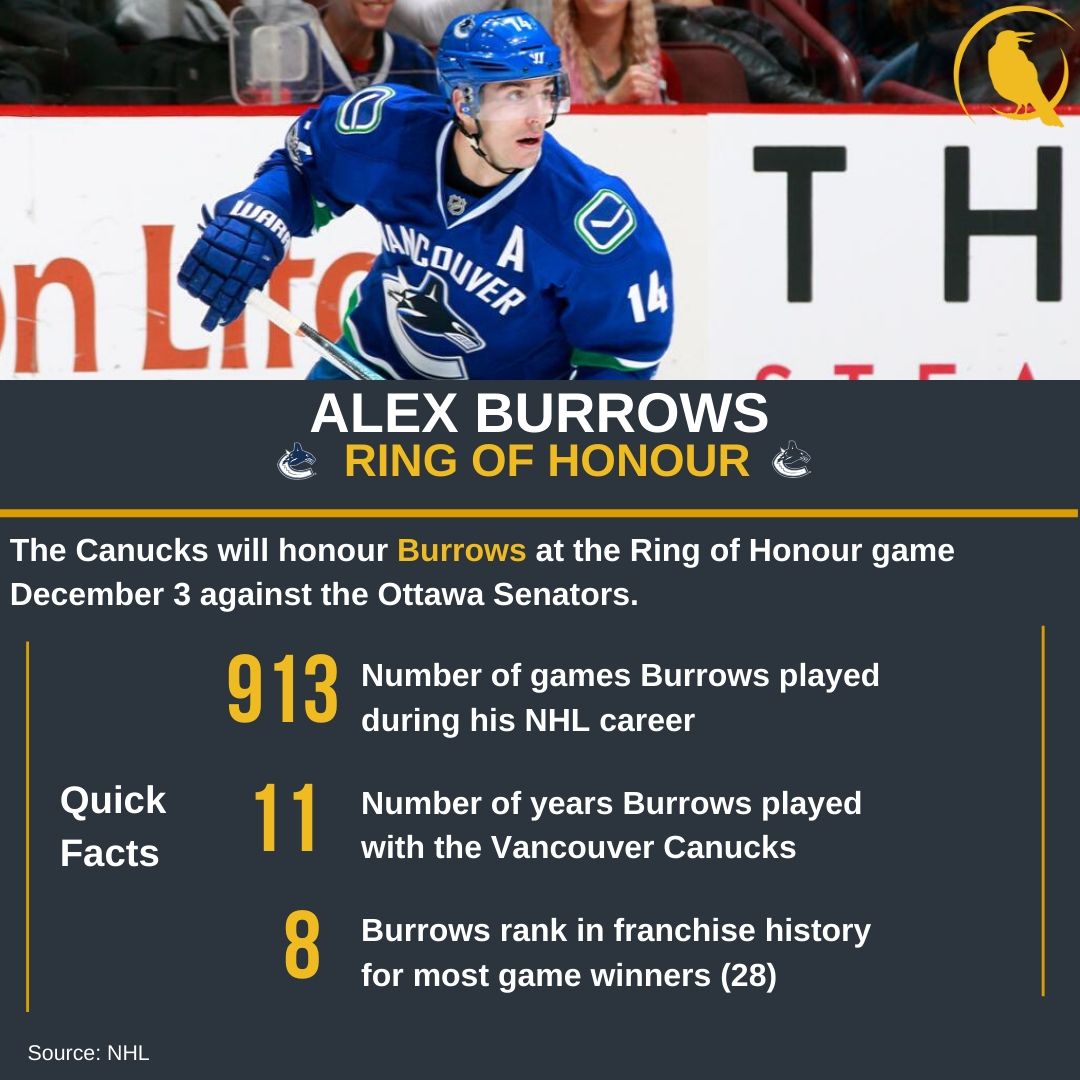 Drance also suggested Burrows ability to captivate the heart of Vancouverites was his unique ability to emulate local fans emotions.

“The main thing is Canucks fans view themselves as scrappy underdogs… I think Vancouver has always had a chip on its shoulder. There’s just something about Burrows about his personality that Canucks fans can relate to.” – Thomas Drance

When speaking with media on Monday, Burrows explained how honoured he is to forever be part of Canucks history.

“I never would have thought I’d be standing here today to receive this honour. This building, this city, this organization has meant so much to me, so for it to come full circle will be a fun day.” – Alex Burrows

Burrows added that despite struggles early in his career, he wouldn’t change his journey to the NHL for anything in the world.

After an extensive 13-year career as a player in the NHL, Alex Burrows has diverted to coaching. He is currently an assistant coach for the Laval Rockets in the AHL.