HandyDART operates independently of Translink. Buses will continue to pick up elderly and disabled people throughout the Translink strike. 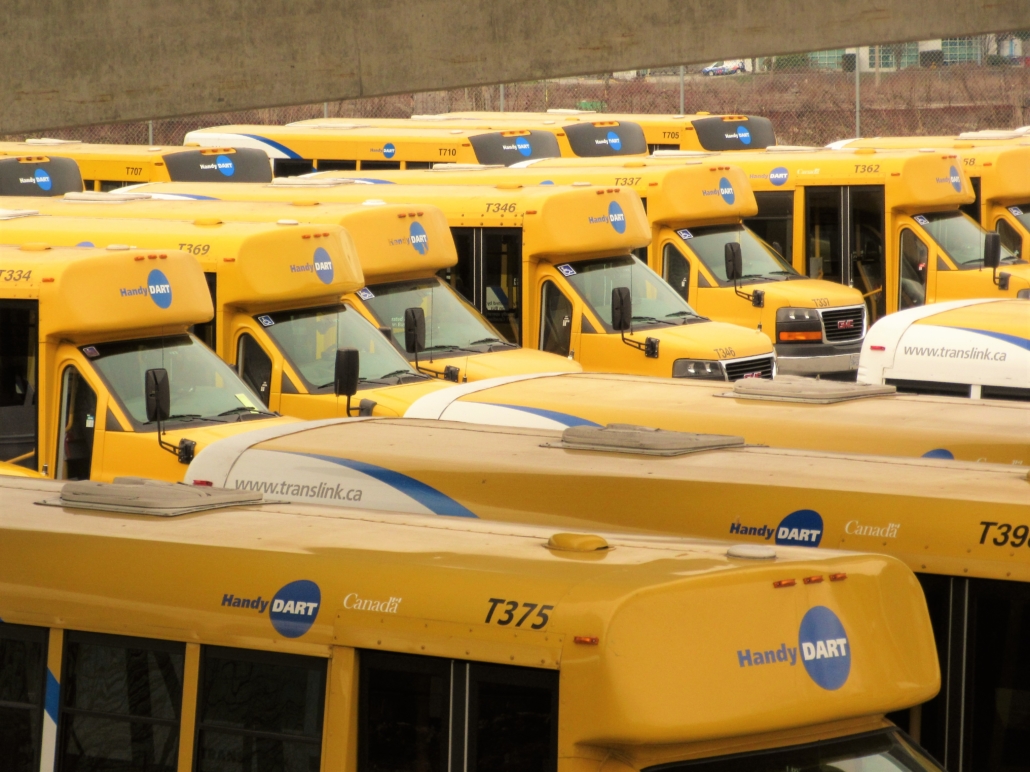 HandyDART buses will reach the roughly 20,000 elderly and disabled people who rely on the service whether or not striking Translink operators cancel bus services next week, Translink confirmed Thursday.

Translink spokesperson Ben Murphy explained that HandyDART is not involved in the labour dispute between Coast Mountain Bus Company, which operates Translink, and Unifor, which represents Translink operators.

HandyDART-drivers work for a company called First Transit, which has a collective bargaining agreement with drivers’ Amalgamated Transit Union, Murphy confirmed in an email to bcitnews Friday.

According to Murphy, HandDART’s fleet makes an estimated 5,200 trips in a typical weekday, spanning communities from Aldergrove to Lions Bay,.

Unifor has said it will cancel Translink services for 72-hours if it can’t negotiate a new contract with Coast Mountain by next Wednesday.

Translink’s operators have been driving their routes in casual dress since the union launched a “uniform strike” on November 1st 2019. Union-leader Gavin McGarrigle has said drivers want a pay-increase to meet higher costs of living in the Lower Mainland and better working conditions, including scheduled breaks.

Unifor locals 111 and 2200 have been without a collective bargaining agreement since March 31st, 2019, according to the latter’s website.

Due to job action, Customers may experience reduced frequency on some bus routes today. Please plan for extra travel time. Sign-up for Transit Alerts at https://t.co/8mM2JFOsQC or follow @TransLink on Twitter. ^CK