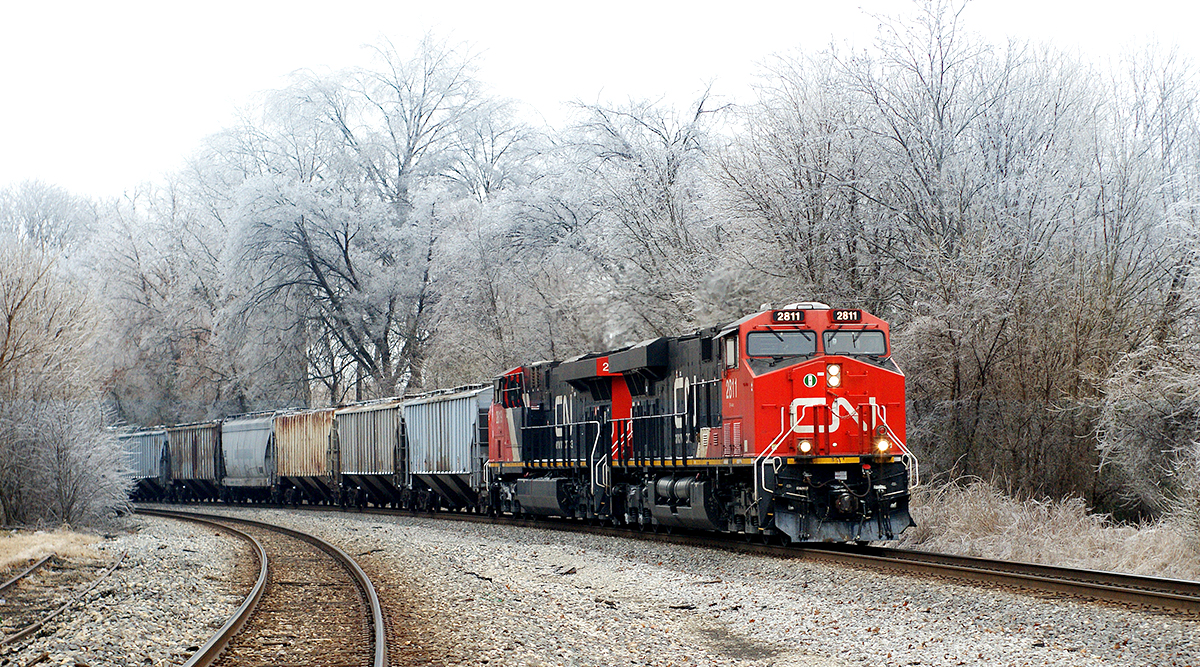 An expert in sustainable transportation at the University of British Columbia has warned the Canadian National Railway strike could severely impact the Canadian economy if it isn’t resolved soon.

Fourty per cent of major freight in Canada is carried via rail, according to Gordon Lovegrove, a civil engineer and freight and rail-specialist at UBC’s Okanagan campus. “CN is an economic pillar,” stressed Lovegrove, who added that the labour dispute between the railway and the Canadian Teamsters Rail Conference, which represents striking rail workers, is “a huge issue” looming over the economic horizon.

“Jobs will be lost if [the strike] goes on for too long.” – Gordon Lovegrove, Ph.D., Civil Engineering

Lovegrove highlighted that the strike will hold up oil and grain shipments from Canada’s prairie provinces, including economically-depressed Alberta, whose energy sector hasn’t recovered from the collapse of world oil markets in 2014. Though he speculated that local economies would “grind to a halt” absent shipments of dry goods and fuel supplies, Lovegrove qualified that he’s confident the federal government would probably act to resolve the strike before massive supply disruptions set in.

Meanwhile, the Mining Association of British Columbia has released a statement saying longterm rail stoppage would significantly handicap the industry’s ability to bring minerals to export markets via the port of Vancouver.

The CTRC and CN have been without a contract since July 2019. According to CTRC-spokesperson Christopher Monette, the union’s 3,200 members went on strike at midnight, Monday, after a breakdown in negotiations with CN. In his statement posted to the CTRC’s website, Monette explained recent layoffs by CN have left train conductors working alone and without enough downtime to operate trains safely.

Unfortunately, we were unable to reach a deal with CN. The company remains unwilling to address safety issues. As a result, CTY members at CN are on strike. https://t.co/abByIeOwyl pic.twitter.com/PXUs2Ltncs

TIMELINE: The Life and Career of Hockey Hall of Famer, Hayley Wickenheiser
Scroll to top