For the Record – Bringing a NBA team to Vancouver 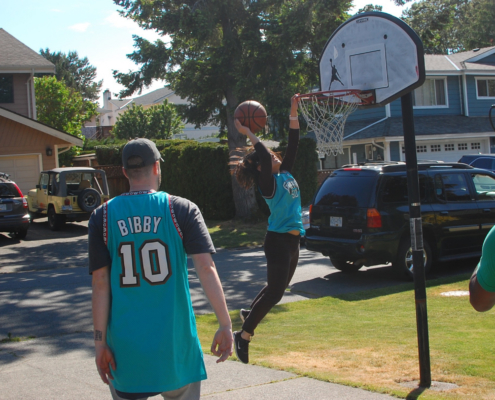 Vancouver Grizzles super fan Kat Jayme organized a rally in October before a Los Angeles Clippers and Dallas Mavericks pre-season game at Rogers arena. Jayme says the rally was designed to put the NBA on notice that Vancouver is a prime destination for a professional basketball team.

Jayme is a film maker who won an award for must see BC film at the Vancouver International Film Festival in 2018 for her documentary “Finding Big Country” about a former Grizzles player that she tracked down in a small town in Oklahoma.

Jayme recently released a new short documentary titled “We the West” which followed the journey of other Grizzles super fans who explain their relationship with the team.

Jayme adds she’s currently working on a Grizzles feature film that will showcase parts of the rally she organized.

How can a NBA team work in Vancouver?

Jayme says a large reason for the Grizzles relocation in 2001 had to do with how low the Canadian dollar was then opposed to now.

She says it will be a long process that will take nearly a decade, but if the fan base keeps showing its support and the ability to sell tickets a team will eventually reside in the lower mainland.