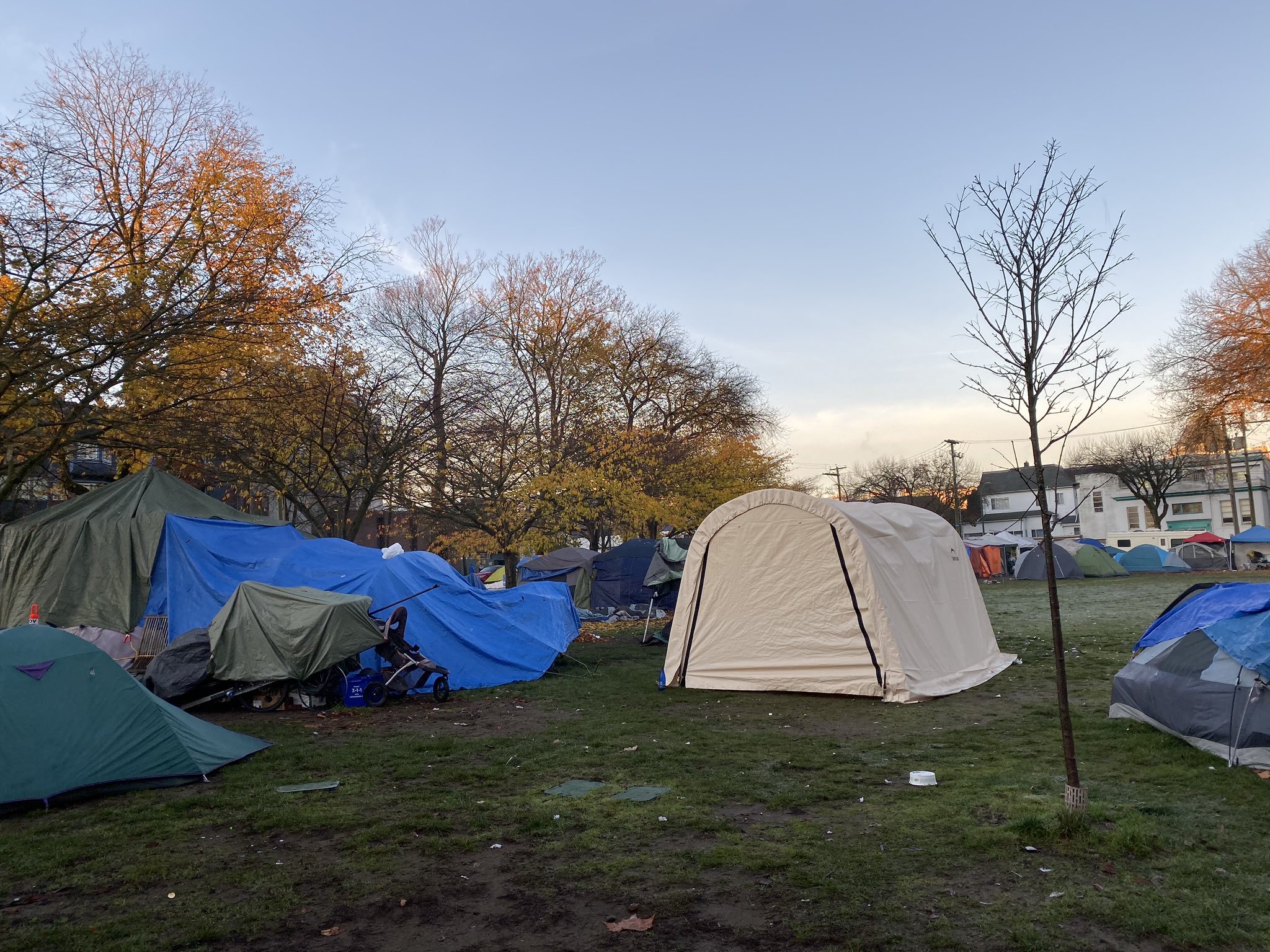 The City of Vancouver announced today that four portable washrooms will be temporarily open until sewage problems are resolved in the public washrooms.

An advocate group for Oppenheimer park residents negotiated this alternative with the city after an unexpected closure of the public washrooms on Tuesday.

According to Fiona York of the Carnegie Community Action Project they had a meeting with park board representatives and BC housing on Tuesday.

York claims the park board had said that the indoor washrooms would stay open for 24 hours because the portable washrooms were closed.

However, York said that immediately after that meeting at 5:00 pm, all of the washrooms were closed with a handwritten note that said “out of order”.

“At that point there were no washrooms and no communication about what the options were and they remained closed until 1:00 pm the next day” -Fiona York, Carnegie Community Action Project

According to the city the closure was made due to a sewage backup. However, plumbers did not go onsite until today.

Oppenheimer Park is home to about 110 tents and 150 people. York believes it is very worrying that no alternatives were determined until today.

“People could go to other facilities in the neighbourhood but they are not all accessible, they are not open 24 hours and so that is a huge issue when you have a lot of people staying in one place” -Fiona York, Carnegie Community Action Project

Last March a motion was passed by city hall and the park board to add overnight portable washrooms. This was so that the park would have 24 hour washroom access. York said it is unheard of to have washrooms closed for 20 hours without notice.

“There is this political football happening between the park board and the city and it is really unfortunate that that is getting in the way of people’s lives and health”. -Fiona York, Carnegie Community Action Project

It is expected that the washrooms will be reopened within 24 hours. The plumbers are doing preemptive work on the underground drainage to ensure there isn’t an issue in the plumbing that will affect the future of the washrooms.

The portable washrooms will be open until the work is complete.

The City of Vancouver addressed the closure saying plumbers will be onsite today. 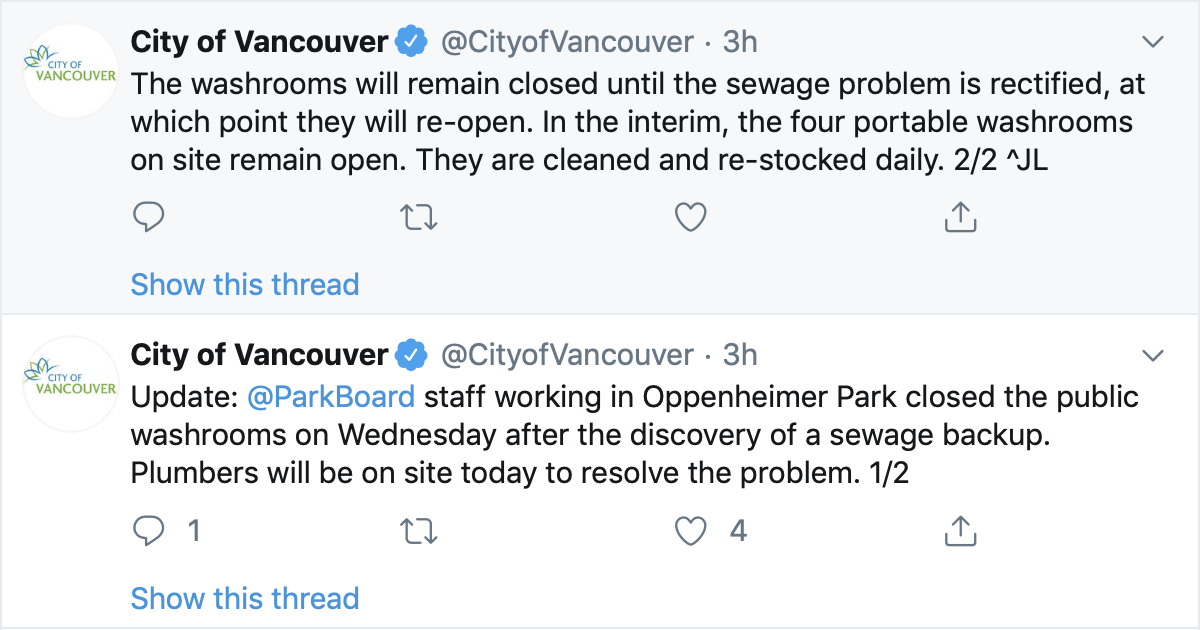 For the Record – Mental Health in Sports
Scroll to top