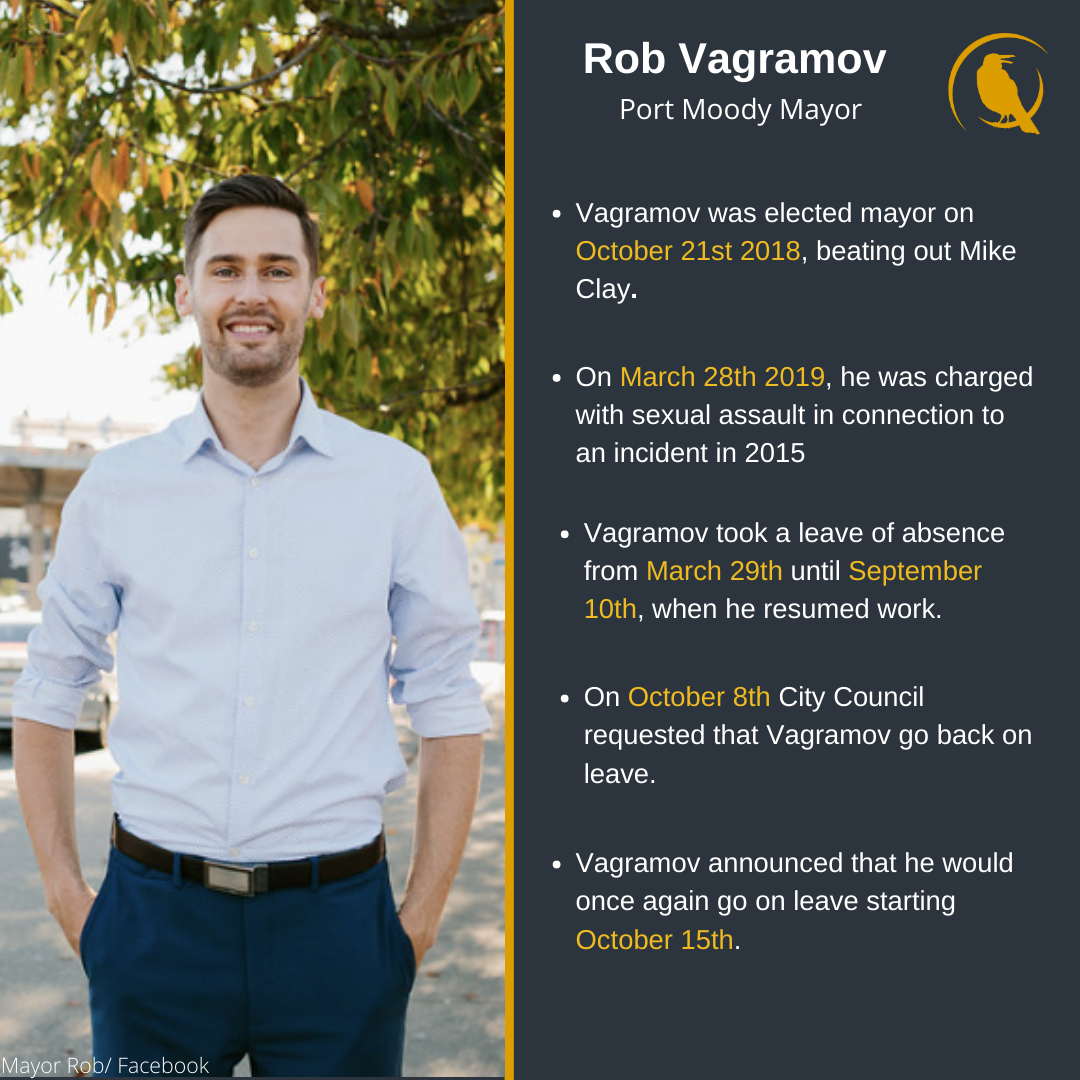 A group of Port Moody residents have collected just under 1,000 signatures for a petition that demands forced leave for any politician that is criminally charged.

The petition was originated by resident, Laura Dick who with her partner Anthony Sandler have been spokespeople for their group of residents.

This petition was started in light of Port Moody Mayor, Rob Vagramov’s sexual assault charges. There is currently no rule in BC specifying what elected officials must do when facing criminal charges.

Last year, the Union of British Columbia Municipalities, of which Port Moody is a member, passed a resolution asking the province to create a law requiring a mandatory leave of absence for officials facing charges. However, that law has yet to be enacted at the provincial level.

“We just feel that if they had acted faster, then we would not be in the position we are in now. We are hoping that with the petition we are adding another level of pressure onto the government.” -Laura Dick, Port Moody resident

Vagramov returned to office briefly in September. In October, councillors voted in favour of a motion asking Vagramov to step aside again. Vagramov agreed to the request. During Vagramov’s leave of absence councillors have been stepping in to carry out his duties.

“They were elected to be councillors, not mayor. Work is just not getting done. It is a challenge.” -Laura Dick, Port Moody resident

Dick goes on to name some other challenges it has caused the community. The main one is the type of media attention the city has gotten.

“Port Moody has made national news and it is disgraceful, quite frankly” -Laura Dick, Port Moody resident

Dick wants it known that this petition is not affiliated with any political group. She just wants clarity on how politicians should conduct themselves when criminally charged.

Vagramov’s next court date is November 13, 2019 in Port Coquitlam.

Port Moody resident, Anthony Sandler wrote this post back in September after Mayor Rob Vagramov returned from his leave of absence.
(Anthony Sandler/Facebook) 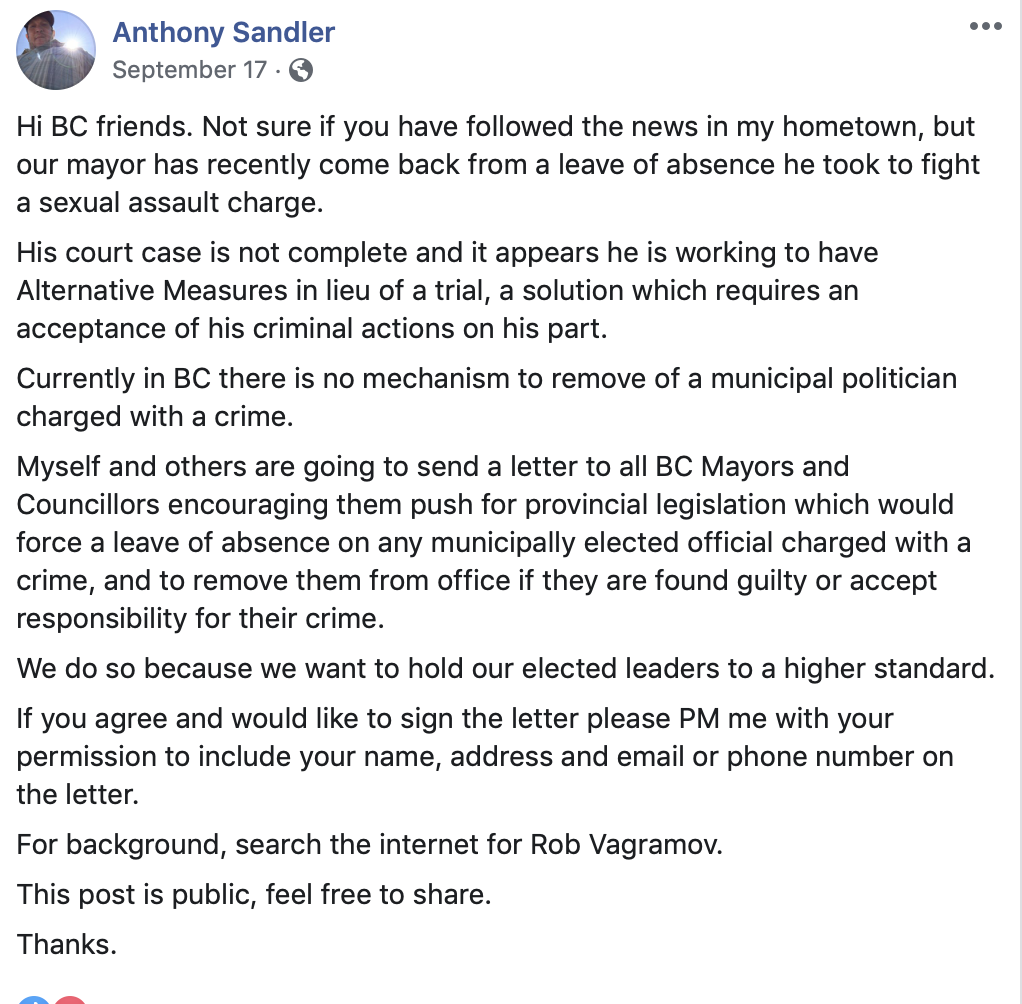 Economist warns of the risks of cryptocurrency in light of Einstein Exchange...
Scroll to top