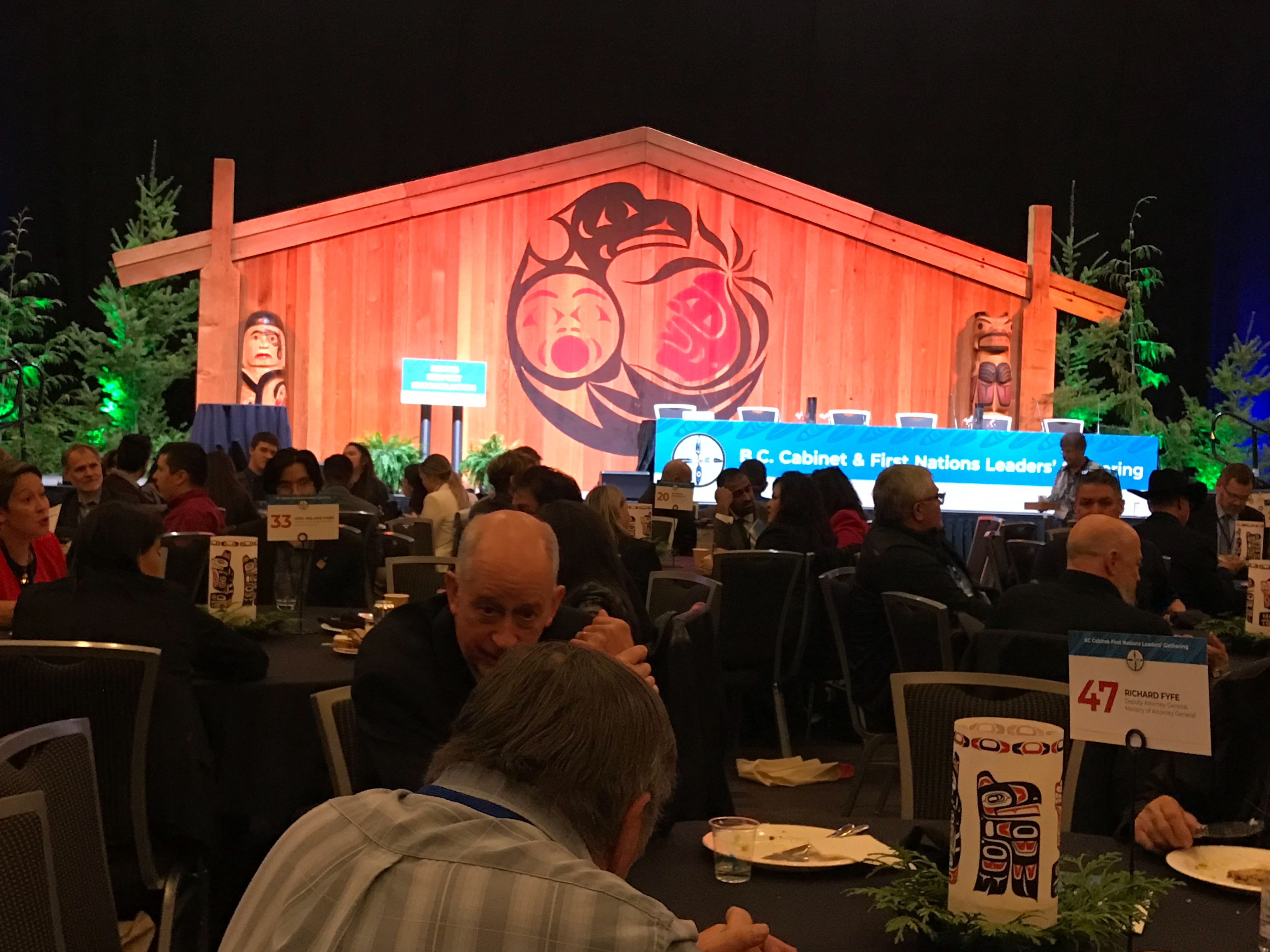 The 6thAnnual BC Cabinet and First Nations Gathering launched on November 5th. This year’s convention is the first to take place after the United Nations Declaration for the Rights of Indigenous People (UNDRIP) was formally tabled at B.C.’s legislature on October 24th.

UNDRIP would act as a framework for the B.C. government to implement measures that are consistent with the United Nations’ laws.

Cheryl Casimer of the First Nations Summit says she expects UNDRIP to become law in late November. She says that the dialogues that will take place in the gathering would be the first steps implementing UNDRIP effectively.

“This legislation is a key step in our broad commitment to jointly design, construct a principled, pragmatic, and organized approach to reconciliation in British Columbia.”- Cheryl Casimer, First Nations Summit speaker

Leaders, delegates, and advocates are set to discuss climate change, the revitalization of Indigenous languages, modernizing the Emergency Program Act (EPA), and rights to self-determination.

This allows them to review laws, policies, and practices in priority areas among Indigenous communities. These include child care, infrastructure, and education.

B.C. Premiere John Horgan took the stage for opening remarks, expressing his optimism for the road to Truth and Reconciliation. He emphasizes how the event is an opportunity to build relationships.

“It’s establishing personal relationships that help us break through some of the institutional inertia that has kept us back and has kept Indigenous people back for a century and a half in British Columbia.” -John Horgan, BC Premier

650 meetings, including one-on-one meetups, will take place in the next two days. Ministers and deputy ministers in attendance include Attorney General David Eby and Minister of Indigenous Relations Scott Fraser. The convention will last until November 6th.

For the Record – Gender Inequality in University Coaching